DONALD Trump remains at large because fellow bellends refuse to disclose his whereabouts, it has been claimed.

The flaccid billionaire, who poses a serious threat to humanity, remains at liberty because the world’s millions-strong bellend community refuses to give authorities advance warning of where he will pop up next.

Security expert Roy Hobbs said: “In the UK alone there are over two million bellends, mostly working in PR or marketing but also spread like a smear across corporate culture.

“They meet at ‘networking events’ and ‘brunches’ to share information on their awful, stupid schemes and actively admire Donald Trump for his apparent ‘balls’ even if that only amounts to saying aggressive-sounding things about what he would do in totally hypothetical situations.

“The UN would like to capture and imprison Trump, that’s obviously in everyone’s best interests. These fucking bellends know where he is but they aren’t playing ball.”

“I am proud to be a bellend and I am proud to call Donald Trump my fellow bell. He is a great man and a massive, massive bellend.” 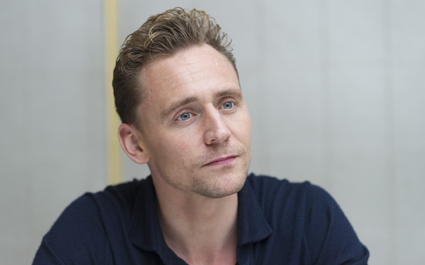 THE BBC has been left red-faced after the ending to The Night Manager was revealed by a woman who has read the bestselling novel it is based on.

The leak occurred in the Newcastle branch of Cafe Rouge when customer Mary Fisher responded to excited chatter about whether the handsome public school chap and the blonde woman with the hairy shoulders would escape together.

Tom Logan, 33, was sitting at a nearby table: “She just came right out and explained exactly what was going to happen. Apparently the BBC allowed a thriller to be published 16 years ago that has the entire plot in it, right there for anyone with the time and patience to read a book.

“It is proof the licence fee should be reduced.”

Last night, however, Janet Fisher was backtracking: “I have read quite a lot of John le Carre novels, usually while on holiday, and the posh, psychologically wounded spies and sexy yet tragic women all blur into one.

“It is quite likely I have actually told everyone the ending of The Honourable Schoolboy or The Russia House by mistake.”