Blue passports to reek of garlic

BRITAIN’S post-Brexit blue passports are to be impregnated with the stench of garlic and snails by their French manufacturers, it has emerged.

The passports, which have been hailed as the only tangible benefit of leaving the EU, will be manufactured by Franco-Dutch company Gemalto and forever tainted by their continental sophistication.

A Gemalto spokesman said: “Our manufacturing process will be entirely staffed by thin-moustached Frenchmen who read Sartre, drink two bottles of wine for lunch and have complicated affairs.

“They will be touching your passport, touching it with their baguette fingers, and consequently it will reek of garlic from 40 paces. Customs officials will cover their noses when you approach.

“The executive level of the business is entirely Dutch, however, high on skunk and office prostitutes, so will print the Royal seal backwards making a mockery of your ‘sovereignty’.

Leave voter Roy Hobbs of Barnsley said: “As long as it’s blue. Nothing else matters if it’s blue.” 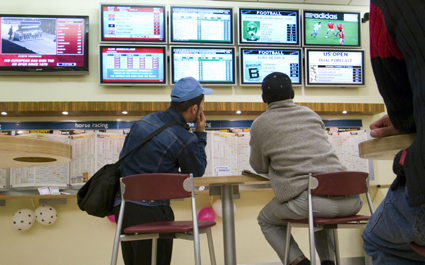 MARK Zuckerberg has closed down Facebook and opened a creepy little shop that has exactly what you most desire.

He said: “Come inside, come inside, you will find many things to amuse and delight. Emma Bradford of 33a Wisteria Close, you may be interested in this special ‘parfum’ to make local handyman Stephen Malley love you.

“Because I know you like him Emma, just as I know you went to Maryland University and your favourite meal is ‘tapas’.

“School janitor Wayne Hayes, I know you lack confidence in your looks, I may have noticed it in your stilted selfies. What you need, my friend, is this magical mirror to make you appear more handsome than Ryan Gosling.”

Zuckerberg confirmed that everything in his shop was free, added: “There may be some form of payment required at a later date, but don’t you worry your pretty little heads about that.”