A DAD has helpfully given his son all the wrong answers to his homework.

Father-of-one Nathan Muir confidently gave an incorrect description of what a verb is, despite not having a fucking clue.

When Muir’s 10-year-old Robin asked him if he was certain, he replied: “Just write it down. I know these things because I’m a grown-up, alright?

“Stop spoiling this touching father-son moment with your lack of faith.”

Muir later told his son that Spain used to be called Bulgaria, which will be a major factor in his son being kept back a year at school, just like his dad was.

We don't trust you any more, Britons tell spring 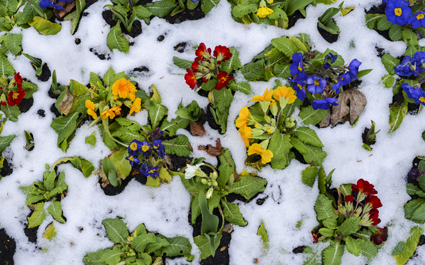 THE UK has told spring that it is nice to see it but after its betrayals they can never truly love it again.

The season, which was expecting a hero’s welcome, wondered aloud this morning why nobody was looking its blue sky in the eye and its blossom was being steadfastly ignored, and was sat down for a talk.

Mary Fisher of Hythe said: “Look, there’s no doubt it’s lovely to see you when you’re here. It’s when you’re not here.

“Twice this month alone I’ve genuinely believed that you were back for good, and twice you’ve just vanished without warning, leaving me sobbing in a thin jacket in sub-zero winds.

“I put the washing out last week and there was snow on it! Snow! And do you have one word of apology? No, you just swan back all ‘Hey, who likes crocuses?’

“I know winter’s not perfect, believe me, but at least he’s reliable. He doesn’t let me down. I’m sorry, but I can’t let myself to be hurt like that again.”

Spring is thought to have gone to commiserate with summer, which the British public has not spoken to since 2007.