AUSTRALIA’S woeful Olympics medal tally is due to its residents’ disdain for any activity that emphasises the physical over the mental, it has been claimed.

The nation’s lack of concern for putting one over on other countries, particularly Britain, is another key factor.

Internationalist Nikki Hollis said: “Most nations would be smarting with humiliation at their resoundingly abysmal record in these games but not the Australians, an enigmatic people dedicated to the life of the mind who rarely travel outside their own shores.

“Until 1996, ‘rough sports’, a category which included rugby, surfing and cricket, were specifically banned in the Australian constitution as it was feared that they may distract young people from their studies of vers libre, dodecaphonic composition and ethnological art.

“Under protest from their own citizens, the government partly repealed these laws but only to introduce Australian Rules Football, a watered down version of the game which, according to those who have played it is ‘more like a mixture of chess and expressive dance’.

“Given how much the average young Australian male would far prefer to engage you in a discussion on the finer points of Mallarmé or Euripides than bandy remarks on uncouth ball games, it is hardy astonishing that they have won such a pitiful number of medals.”

Australian ex-pat Bill McKay said: “Being a sports fan in Australia is incredibly lonely. There’s more to life than the intellect but try telling that to the average bloke in New South Wales.

“Take swimming. We could be good at it but it’s impossible to swim and read at the same time – you just end up going in circles. And you can’t get an Aussie to put their book down, even in the water.”

Joanna Kramer, a self-confessed ‘Australophile’, said: “I think we British could learn a lot from Australia. What is sport, they say, compared with the arts and the crafts, macrame, ceramics, flower arranging?

“To them, physical competition and noisy collective celebration are as insignificant as the number of medals they have won in these Olympics.” 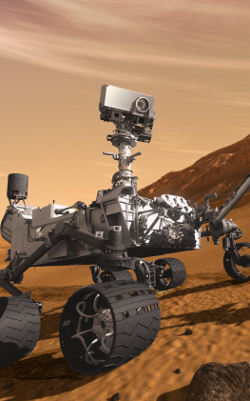 ALL the major Martian cities have been successfully destroyed.

Earth landed squadrons of giant death robots on the surface of the Red Planet in the early hours of this morning. These have since decimated the Mars capital of N’Lor with over nine million Martian casualties.

A spokesman for the collective governments of Earth said: “Since advanced humanoid life was discovered on the far side of Mars last month, the race has been on to build giant killer robots and then drop them onto the unsuspecting planet from huge intimidating-looking motherships.

“Although we don’t know much about the martians and their culture – it seems to be mainly about peace, philosophy, and so forth – surely they have some stuff that is worth taking. Plus it’s always good to win any military campaign, however passive the opponent.”

Astronomer Tom Logan said: “From what we’re learned so far, the human-like inhabitants of Mars are largely non-aggressive.

“Mostly they are just running away screaming or begging for their children’s lives moments before being blasted into fiery oblivion.

“It’s exciting to think what we might find in the smouldering wreckage of their civilisation.

“My only reservation is that the invasion might attract the attentions of another warlike alien race like us.”

Mother-of-two Emma Bradford said: “I don’t know why they’re spending all these billions on space war when there’s so many nations on Earth that could do with a good destroying.”