With the host country yet to win a gold medal, the hope is that invasion forces can be deployed as soon as a nation with an inadequate army reaches a final.

Template dossiers have been drawn up accusing the country in question of harbouring terrorists, trying to develop nuclear weapons or looking really like India, options which military chiefs can delete as applicable on reaching the country’s government headquarters.

Coe said: We would give the countries their sovereignty back once the games were over, of course, and you can ask people anywhere in the world what our record is like on that score. Actually, dont.”

With over 200 nations competing in the Olympics, the choice of countries to invade is huge but Coe acknowledges that a balance has to be struck between the probability of a nation winning gold in judo and how likely it is to wage a ten-year guerrilla war of resistance.

Another scheme under consideration is ceding Britains nationhood to one of the Olympic big-hitters, offering up Bradley Wiggins, Tom Daley and cream tea at Buckingham Palace as an inducement.

Coe said: As theyre leading the medals table, I would have no problem being Chinese for a few weeks.

“In fact I do a pretty good impression, if youre not easily offended. 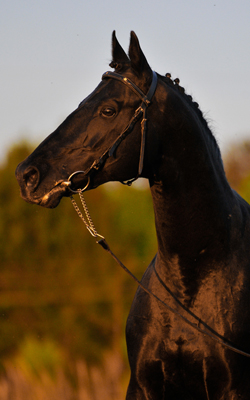 TEAM GB may be stripped of its silver Eventing medal after a horse broke its vow of silence.

Miners Frolic, the 14-year-old gelding ridden by Tina Cook, claims he was kept away from the press for years because of fears his broad Mediterranean neigh would betray his true nationality.

Frolic said: For years theyve bleached my hide a pale colour to disguise its natural olive complexion and forced me to eat pallid, flavourless British hay instead of flavoursome seafood paella.

Its not worth it, even for the massages and the mane braiding. Looking good is fairly irrelevant given that a British vet evacuated my ball bags years ago.

“I want to reclaim my proud cultural heritage. As long as that doesnt include being flung off a tower, of course.

The other horses in the team have distanced themselves from Frolic, claiming that he was actually born in Essex and started claiming he was Spanish after seeing an advert for Barcelona.

Equine colleague Imperial Cavalier described Miners Frolic as a ‘serial fantasist’ who has also previously claimed to be French, American and to have worked as a mercenary in Borneo.

Olympic officials will now examine Miners Frolic to establish whether he is actually British, putting him through a series of tests including his ability to drag a cart full of scrap metal through a council estate.