Britain still gripped by every twist and turn of Syria story

BRITAIN cannot hear enough about the Syrian conflict and has urged the media to report it in greater detail.

A survey, commissioned by newspapers concerned that people were getting bored with the last months blanket coverage, has found that the exact opposite is true and everyone’s hungry for more.

Wayne Hayes, form Stevenage, said: “When Britain ruled itself out of military involvement, I was up all night worrying that the media might think Well, its none of our business now, and cut reporting  on Syria.

“Thank God they didn’t, and in fact used it as an opportunity to step up the column inches and airtime given to this endlessly rewarding story.”

Though there are plenty of other countries currently massacring their own people in Africa and Asia, its Syria that remains Britains favourite 24-hour rolling news event.

Middle East expert Jane Thompson said: “The British people have always been fascinated with Syria: Syrian music in our charts, Syrian soap operas on our TVs, and what English schoolboy couldnt give you a blow-by-blow account of the thrilling Battle of al-Mazraa?”

Joseph Turner, from Kilmarnock, said: I am completely into Syria. Im a bona-fide Syriahead. I cant get enough of the complicated diplomatic negotiations between the US and Russia. Who can?

“I honestly havent been this much into a countrys crazy civil war since Afghanistan.

“What happened there, by the way? I kind of lost interest.”

Football is cheaper if you don’t bother, says survey 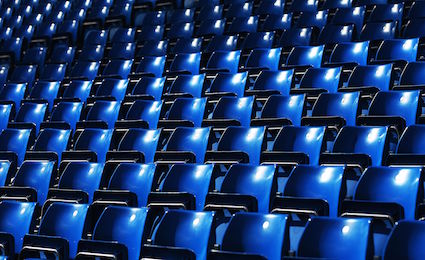 RESEARCHERS have found that completely ignoring football is significantly cheaper than paying attention to it.

It has emerged that season tickets, pissy beer in housing estate pubs and nylon shirts made by third world children can all be avoided by just letting them get on with it.

Former football fan Wayne Hayes said: “I told football to shove it six months ago and I noticed I had all this money in my account, which I’m spending on a foreign trip that won’t end with a broken nose in a dank police cell.

“Also, Saturdays are now a time I can spend with my wife going for walks or sweet, sweet humping rather than watching five cretins on Sky Sports compare their stupid opinions about nothing.”

Average ticket prices dropped by 2.4% over the last year but this increased to 100% when fans decided to stay at home rather than sit in a freezing cold stadium watching a bunch of oiks do PE.

The FA have been urged to make football more affordable but have yet to consider disbanding the entire sport and telling everyone to go home and read a library book for free instead.

Hayes added: “I watched a flock of starlings in the dusk sky last night and it was breathtaking. It cost nothing and I didn’t have a gang of chanting thugs threaten to kick my head in because they watch flocks of blackbirds instead.”