BRITISH people have been wondering why people in Thailand are so into voting.

Pitched battles between opposition supporters and police have made the entire process of democracy look like it really matters to ordinary people, rather than being some egghead bullshit.

Tom Logan, from Reading, said: When I saw masked thugs at polling stations, I couldnt help think of when I went to vote.

Two old ladies sat at a formica desk in the empty hall of a closed primary school handing out pencils.

“I went in a cubicle, realised it felt a bit too much like an exam, and then took the pencil.

“That was over a decade ago, I haven’t bothered going back. Despite the free pencil.”

Political science lecturer Dr Mary Fisher said: The Thai electorate is trying to overturn massive government corruption which sees almost all the money raised in taxation appropriated by a handful of billionaires.

Over here, in contrast, were used to it.

In the UK we only vote when it could actually make a difference, for example in deciding the new limited-edition Kit Kat Chunky flavour.”

Country that produced Brunel to be partially submerged 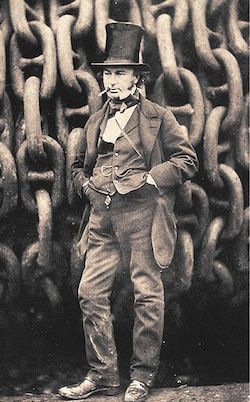 BRITAIN is to celebrate the legacy of Isambard Kingdom Brunel by deciding which parts of it should be permanently under water.

Prime minister David Cameron said the country faced an exciting 21st Century choice between flooding either its farmland or its towns.

He added: Britain invented steam power, the jet engine and the internet. I am certain that we will not only choose the right areas to be submerged but that we will submerge those areas brilliantly.

And those areas that will be permanently under water need not be abandoned because we also invented the hovercraft.

So you can still live on the top floor of your house, you just wont have a garden. Which means youll have even more time to watch television. Which we also invented.

Mr Cameron then put on a stovepipe hat and began singing Rule Britannia at the top of his voice.

Meanwhile, engineers said that making sure half the country was always flooded would be relatively straightforward as long as everyone continues to ignore them.

Martin Bishop, from the area formerly known as Somerset, added: Im no Isambard Kingdom Brunel but could we maybe get some more pumps.