THE government is being encouraged to use speed cameras as a revenue stream, because that would be better than paying tax.

Motoring groups have responded angrily to plans for speed cameras on motorways, claiming they are more about raising funds than road safety.

However Professor Henry Brubaker, of the Institute for Studies, believes the ‘revenue stream’ thing is actually a really good idea.

He said: “Speed limits are actually not utterly ridiculous, because history shows us than when fast-moving vehicles collide the people inside them tend to die.

“And the getting charged loads of money for breaking speed limits does discourage one from doing so, unless you are very rich or a moron.

“At the same time, paying taxes is really quite galling.

“As nobody has to drive fast except ambulances or people fleeing crime scenes – it just happens to be fun – why not have absolutely shitloads of speed cameras everywhere instead of having tax?

“It’d be like a ‘pay-to-play’ system for boy racers and people with company cars.

“You could do a similar thing with CCTV for people who drop litter. You can say it’s Orwellian if you like but what if it meant no council tax?

“You’d soon shut up about your civil liberties then.” 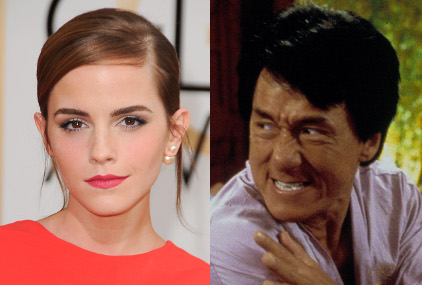 JK ROWLING has admitted that Hermione Granger would have been much happier married to martial arts legend Jackie Chan.

The Harry Potter author said the character’s marriage to Ron Weasley was a mistake and would have led to mutual resentment, heavy drinking and repeated viewings of Rush Hour 2.

She added: “Hermione needed to be with someone on her level. She would have been dazzled by Jackie’s lightning-fast hands and his ability to jump on to tables.

“And even though I forced her to marry Ron, I like to think that at some point she would have had an affair with Jackie Chan.