Cameron To Lobby Obama For New Series Of ‘Dallas’

DAVID Cameron will today ask President Obama if there is any chance he could bring back Dallas. As he embarks on his first official trip to Washington, the prime minister said Britain and the US had to be ‘realistic’ about the special relationship and what it could achieve on behalf of television viewers in both countries.

As the two men meet in the Oval Office, a new series of Dallas, the possibility of a Friends movie and the American version of The Office will join Afghanistan, BP and the release of the Lockerbie bomber on the list of things that neither of them can do anything about.

Writing in the Wall Street Journal, Mr Cameron insisted: “If there was to be a new series of Dallas Britain could exert a positive influence to ensure there were plenty of scenes involving JR and Cliff Barnes, rather than Sue Ellen’s drunken quivering or a repeat of the Patrick Duffy bathroom resurrection debacle.”

He added: “We need to stop obsessing about our relationship with America and accept that they now make better television programmes than us. They may not have a David Attenborough, but we do not have a Stargate Bananaverse, a Desperate Old Tarts or a Crime Scene: Navy Crime.”

A White House spokesman said that while a new Dallas was always on the table, President Obama wanted reassurances from Mr Cameron that he would act against any British television programme that causes massive environmental damage on US soil.

He added: “After Little Britain USA we did have the USS Nimitz parked off Anglesey for a couple of weeks. And all we can say about our version of Life in Mars in comparison to yours is that at least ours wasn’t over-rated.”

A British Embassy source in Washington said: “The Bush presidency gave Britain a golden opportunity to lobby for the return of Dallas, but all Tony Blair wanted to talk about was oil companies and Jesus, while Gordon Brown just sat there staring at the wall.” 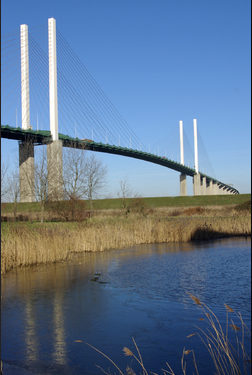 PRIME minister David Cameron will today set out his vision of a ‘wide society’ where everyone has plenty of room to move from side to side. Britain still has some of the world's finest widths

In a keynote speech in Liverpool Mr Cameron will say that ‘Britain needs to rediscover its ability to widen anything it puts its mind to’ before unveiling a graph showing why wide things are better than narrow things.

The prime minister is pressing ahead with his big wide society idea as it emerged that many Conservative backbenchers are still not 100% clear on what it actually is.

“It’s about squat, stocky government that makes up for its lack of height by having a low centre of gravity that makes it virtually impossible to knock over.

But Tom Logan, MP for Hatfield Central, insisted: “It’s about everyone having the chance to achieve their full width whether it be at the neck, the wrists or the knees.

“By encouraging schools to volunteer their choices we can create a generation of self-starting, wide-kneed children. Yes, that sounds fine. I’m sticking with that.”

Meanwhile Julian Cook, MP for Stevenage South, South-West, said: “Is this the thing about caravans? It is, isn’t it?

“Narrowness is so appalling. Britain has had enough of big narrowness. It’s all about integrating today’s wideness so that the future people of tomorrow can choose what width they want things to be.”