THE prime minister has decided that condemning Vladimir Putin for entertaining an anti-democratic despot can wait a few days.

Cameron has confirmed that human rights are still at the heart of his agenda but that his censure of the Russian president’s meeting with Syria’s President Assad is more of a Saturday thing.

He continued: “Certainly I’ll bring up Assad’s ruthless slaughter of anyone demanding regime change and the fact that Putin is ignoring all that for trade deals.

“It’s just there’s a lot on at the moment, important state business and that kind of thing, and I don’t want to confuse people unnecessarily.

“No point in banging on about state oppression midweek, when everyone’s got work and stuff to think about.”

When asked if he would condemn countries that brutally quashed peaceful pro-democracy protests, Cameron said he would certainly do so if it were polite. 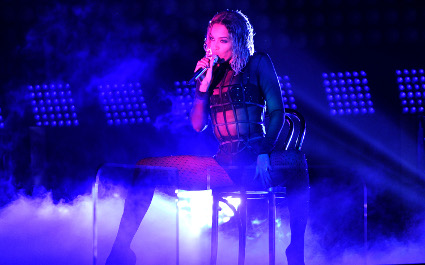 Go ad-free
BEYONCE is more than 14 billion years old and survived the heat-death and collapse of a previous universe, it has emerged.

After spectroscopic tests on the star revealed elements not known in this universe, Beyonce revealed that she pre-dates all of existence.
She continued: “Unchanged and ageless, I watched the Big Bang and knew, even as time was created, that it would one day lead to an audience for my ballads, liberation anthems and freaky sex jams.
“One day all of this – the earth, the stars, the universe itself – will be nothing, but I will continue. Because I am a survivor.
Next story ›
Latest
Popular