A 12-foot Burmese python blamed for cat disappearances has been hailed as a hero by mice and rabbits.

The snake, captured by Florida police, was dubbed ‘Scaly Justice’ by small animals for its rumored tendency to consume cats.

Sparrow Tom Booker said: “Cats killed my brother by repeatedly throwing him in the air, chewing him a bit then leaving him on a doormat.

“This snake is two-and-a-bit metres of cat karma and it deserves a medal.”

“I don’t agree with being a carnivore but when I heard about what this snake was doing I just thought ‘yeah cats, have some’.”

Pound says it would rather be French 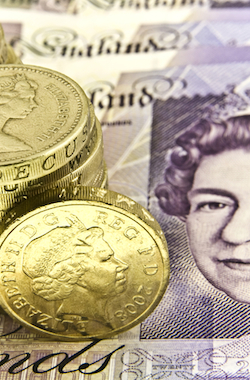 BRITAINS currency has denounced its home country and has asked to be adopted by France.

As Scottish people professed their love for the currency, the pound revealed it would rather be spent on character-building animal parts, exotic, unfiltered adultery and beautiful old farmhouses with slightly racist shutters.

The pound said: I want nothing more to do with Britain and its unending ghastliness.

I hate being spent on ‘semis’ and Qashqais and sausages that are trying far too hard.

Meanwhile, Im being pumped sideways into fruit machines and bingo websites by some pudgy-fingered catastrophe.

The pound stressed that France hated the Euro anyway and its previous currency, the Franc, was ‘pathetic, stupid and worth 10 times less than me’.

It added: Scottish people spend me on the most disgusting things imaginable. Greyish-brown lumps of semi-hardened goo which they gnaw at like fat, angry dingos.

And then theres all the unused tennis rackets and the pubic styling wax and the insane quantities of Savlon.

What are they doing to each other?