THE NEXT dominant species on the planet is following the news from Iran with growing interest.

Cockroach Wayne Hayes, who sees himself as a potential world leader after the fall of humanity, said: “There’s a lot of potential in all this and I’m totally glued to the BBC’s live news feed.

“Like most humans I do not understand what is going on, but the words ‘nuclear’ and ‘confrontation’ in block capitals suggest that it’s bad.

However female cockroach Mary Fisher said: “I don’t like the way Wayne’s gotten so into this. His antennae are twitching uncontrollably with excitement. It’s unseemly. 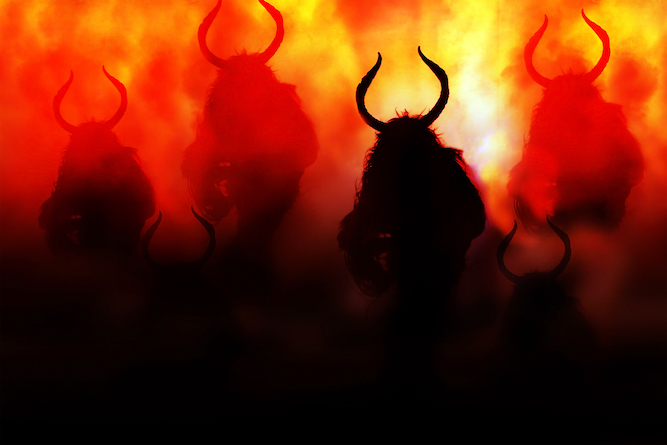 THE realm of Hades itself has finally been brought to our earthly plane at this weekend’s Download festival, attendees have agreed.

The festival, held in a patch of toxic swampland between an airport and the M1, saw thousands of miserable souls thrashing around screaming for release while Korn played.

Nikki Hollis said: “Hell is not hot. Hell is cold and hell is wet.

“Hell is Biffy Clyro in the pissing rain. Hell is ankle-deep mud going over the top of your welly. Hell is waking up crushed under a fat biker who has fallen on your tent and is telling you to f**k off by way of compensation.

“I’m pretty sure the abyss first yawned open in the mosh pit for Scottish metallers Bleed From Within – the smell of sulphur was strong, though it could have been the bogs – but quickly Satan’s dominon took hold.

“Everywhere I looked, the weeping damned queuing for beer in filth. Everywhere fighting, everywhere the desperate and despairing and destroyed. Plus I think The Darkness played at one point.”

All attendees are currently attempting to flee but are stuck on the M1, Hell having followed with them.