BEASTLY common people in Magaluf are simply horrid, it has been claimed.

The island is currently overrun with nasty, vulgar working class people who are either rutting, punching each other or jumping up and down to so-called ‘grime’ music.

Sensible middle class person Emma Bradford said: “It is horrible, just horrible. I feel sorry for the poor locals, who would probably rather be running small handicrafts shops than massive nightclubs with eight-figure turnovers.

“Look at them all, with their big necks and Ralph Lauren polo shirts. I’d recommend we don’t let them back in the country except I need some manual labourers to build an extension on my house.

“The teeming mass of oiks will tonight descend on the Booty Palace nightclub for a performance by MC Squonky and DJ Beastface, or something dreadful like that. Then they will ride mopeds around being frightening.”

Dentist Tom Booker said: “They seem to have this twisted idea of fun that involves getting drunk and having sex, rather than renting a farmhouse in Tuscany and quietly nibbling local cheeses.

“The girls are fit though.” 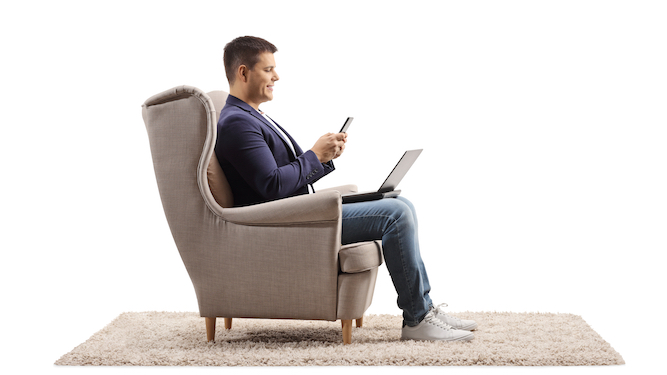 A MANAGER spent a satisfying weekend contacting staff about ‘important’ work issues, he has revealed.

Roy Hobbs deliberately disrupted his team’s weekends with texts and emails that could have waited until they were back in the office.

Hobbs said: “I had a few concerns about last month’s sales figures so I decided to discuss it via text with our sales manager while she was taking small children to a safari park.

“Then I felt I should get a copy of our marketing strategy from Dan. He was only in the pub with his mates so it was no problem for his wife to drive him to the office so he could forward it to me.

“I also decided to check whether Emma had booked a venue for our Christmas party. Fortunately she had mobile coverage at the remote Scottish cottage she’d rented.”

Co-worker Donna Sheridan said: “I was having a lovely barbecue away from Roy’s crap when he sent me a series of emails marked ‘URGENT!’. They were about changing our liquid soap supplier.

“He only does it as a pathetic ego trip, like that time he made Carly book a train ticket to Leeds for him while she was on honeymoon in Thailand. I hate him.”