DENMARKS giraffes are the least optimistic about the future, according to a new study.

Researchers found that Danish giraffes believe their society is headed in the wrong direction and that it is no longer a good place to raise children.

Scandinavian giraffes pay some of the highest taxes in the world, but benefit from a world class health system and, until recently, excellent child care.

Danish giraffe Erik Hansen said he was happy to pay higher taxes, but added: Ive noticed that in recent years the standards of nursery school care have dropped dramatically.

If they are understaffed then I dont mind my two year-old being plonked in front of the television for a couple of hours. Just dont shoot it and feed it to some lions.

Meanwhile, Danish lions are more optimistic than ever about their standard of living.

Thorvald Pederson, a six year-old lion from Aarhus, said: Denmark seems to be really committed to its lions and our massive appetites. It really gets what lions are all about.

I feel like this society is based around me and my needs and that makes me happy. 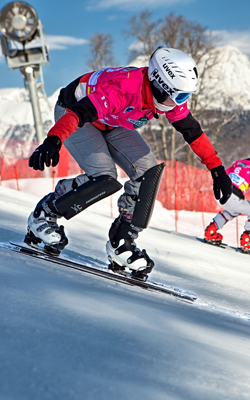 EARTH’S gravitational field has been declared Overall Winner at the Winter Olympics.

Scientists analysing events at Sochi said they were basically people being pulled downwards by the natural forces of gravity.

“In most Winter Olympics sports the human participants could be replaced with boulders or broken refrigerators – in fact anything heavy.

“The only fair conclusion was to recognise the achievement of gravity rather than the toothsome rich buffoons who do snow-based sport.”

Accepting handfuls of gold medals on behalf of gravity, Professor Henry Brubaker of the Institute for Studies said: “Without gravity nothing would go downhill, skiers would just stand there, stationary and feebly waving, until the spectators filtered off home.

“Thanks to this mighty ‘natural magnet’ we can enjoy the Winter Olympics, or at least the only good bit which is seeing snowboarders packed onto an air ambulance with a bit of femur poking out of their salopettes.”