DAVID Davis has tried to sneak a number of things he has been trying to sell online into the Brexit deal, it has been confirmed.

European officials noticed the Brexit secretary was willing to compromise on allowing EU citizens to stay in Britain as long as the EU bought his 2003 red Ford Fiesta for £500.

“He wouldn’t even tell us what the mileage was on it. And I had a look at the photos – he hasn’t even hoovered it. Shoddy.”

Other items include a badly scratched copy of Hunky Dory on vinyl, a chest of drawers with ‘Van Halen’ carved on the top and one of those wide-screen TV’s with the big back that you cannot even give away.

Davis added: “I’m just trying to get the best deal possible for Britain and see if I can make a few quid on the side.” 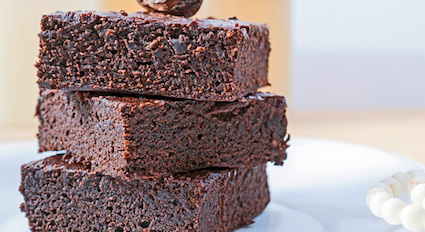 GLUTEN-free brownies contain the same ingredients as a bag of old, dried up compost from B&Q, it has been confirmed.

A gluten-free bakery confirmed they bulk buy massive sacks of compost and cut them into wedges with a trowel.

A source said: “We used to use actual ingredients to create brownies, but our customers have been unable to taste the difference. In fact, some have praised them as being some of the moistest brownies available to the gluten-free market.

“Our secret is to add a bit of rainwater and serve them on a fancy plate or stone slab, depending on how pretentious we’re feeling – and what they’ve got available at the garden centre.”

The source added: “You should try our gluten-free ‘chocolate pies’.”