FOLLOWING the appointment of Sarah Palin as War, Donald Trump is still looking for an additional two horsemen before he is ready to ride.

The billionaire, who showed off his solid-gold scythe to cheering crowds begging for death yesterday, has admitted he is still missing key apocalyptic personnel.

He said: “Sarah Palin has just the qualities of belligerent, uninformed, self-justifying aggression that I need for War.

“And I, obviously, am Death, the end of it all coming with a vulgarity and greed that is all the 21st century deserves.

“But the vital roles of Pestilence and Famine, which might have a lower profile in the USA  but are huge in the third world, remain unfilled.”

Shortlisted for Pestilence are the Ebola virus, a strain of anthrax engineered for biological warfare and Blurred Lines singer Robin Thicke.

Trump added: “I’m in negotiations with Ronald McDonald for Famine. He’ll sign, and that gives us kid appeal. 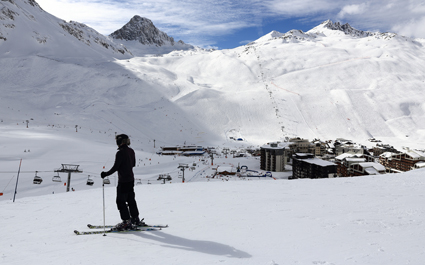 A POPULAR ski resort is attracting working class twats rather than posh twats, it has emerged.

However regular visitors have expressed concern that a new, less affluent type of twat is ruining their experience.

“Yesterday though there was someone with tattoos called ‘Gaz’ and his ‘mates’ doing ‘selfies’.

“I love myself too but I’m more classy about it. I show off by doing subtle things like carrying my £50 notes in a solid gold ‘money clip’.”

Company director Roy Hobbs said: “The problem with these working class twats is that they underline my own social insecurity.

“My wife and I are trying to act like this isn’t our first skiing holiday and then her slightly common builder cousin comes skiing past shouting ‘Roy you wankaaah!’.

“It’s not what you need when you’re trying to act cool and spot ‘upper class models’ from the Mail Online sidebar.”