EU dares to have Brexit demands

THE EU has dared to have a list of demands for the Brexit negotiations when it is Britain that will be doing the demanding.

Leaked documents suggest the UK will be asked to pay bills and submit to European court rulings even though it has voted not to and is strong now.

Brexiter Stephen Malley said: “You what? Demands? Does a private make demands of a general?

“They need to get it through their heads that we’re in the driving seat now. We’ve got the whole world to trade with. They want to keep us sweet.

“How they persist in seeing themselves as our equals is baffling. Yes, there might be 27 of them, but we’re Britain. We won the bloody war.”

Brexit minister David Davis agreed: “They really are hopelessly deluded about their status in the world. I pity them.” 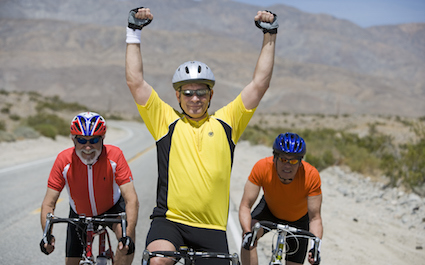 THE news that cycling cuts the risk of cancer by half has given cyclists another reason to be insufferably smug, it has emerged.

Though little encouragement is needed for cyclists to act holier-than-thou attitude about their method of getting from A to B, a study by Glasgow University has enabled yet more self-congratulation.

“Far from just being a basic means of transport, riding a bike now cures cancer, prevents heart disease, boosts you to the very top of the moral high ground and I wouldn’t be surprised if I can’t heal with my touch.

“I shouldn’t think this counts for all cyclists. The casuals who rate Bradley Wiggins and think you can cycle in just, like, jeans and trainers will still get cancer. They’re not even interested in my £600 Rohloff gear hubs.

“But those of us who ride along single-track country roads two abreast wearing Lycra covered in logos will definitely be too holy to be touched from disease.