Everything in world related to friend’s trip to Thailand

A 21 year-old woman has managed to link every event of the last week to her backpacking trip to Thailand.

Since arriving back at Heathrow wearing a traditional pha nung dress, Emma Bradford, has exclusively referenced the culture and lifestyle of South-East Asia.

Friend Tom Logan said: “She didn’t say hello, she said ‘wai’. I should have ended the friendship there and then.

“Before we even got back to Clapham she’d given us a flawed history of Thailand from 1800 to the present day. She had clearly developed a strong misunderstanding of Buddhism.

“Then she said my Fiat Punto didn’t have the romance of a tuk-tuk and claimed Hammersmith Broadway reminded her of the great temple of Wat Arun.

“Apparently she’s a completely different person now, which is understandable given that she was away for three weeks.”

Bangkok cafe owner, Chavalit Sawan, said: “I remember her screaming about how a proper British policeman would’ve caught the scumbag who snatched her camera.” 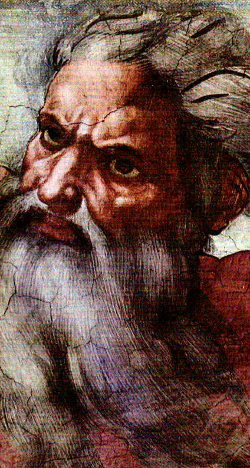 THE omnipotent John Lewis has descended from the heavens to stop customers taking the piss with free cakes.

“You have eaten all my love”

The bearded retail deity’s eyes flashed with rage as he scorned greedy humans for exploiting his loyalty scheme.

My only wish was to reward you for unflinching faithfulness in one of the toughest retail climates since I created the universe.

But some were greedy, and did sign up to the scheme only for the free cakes and coffee, without buying so much as a pair of stockings.

The selfishness of the few has been the downfall of the many.

“Never again are you getting cakes for nothing, at least not without actually buying some stuff.”

Stop coming to Waitrose, buying a packet of crisps, then getting a free paper and hot drink.

“Anyone who does that will be named and shamed on a massive stone tablet outside our Bath store, that will be viewable for all eternity.”