THE CIA has turned its extraterrestrial things into a tourist attraction after running out of patience.

The agency revealed its genuine UFO and aliens will offer paid-for ‘abduction experiences’, with the aim of recouping some of the $900 trillion it spent on media manipulation, Men in Black and memory erasing.

CIA director Tom Logan said: Gary McKinnon was the last straw, I couldn’t face sending out another ‘all staff’ email nagging everyone to use proper passwords.

I mean, why cover it up anyway? Not only does it cement Americas status as the worlds number one superpower, but now we can sell baseball caps and t-shirts, maybe hire it out for hen nights.

“As you’ll discover, the alien enclosure of Area 51 is actually very like a Travelodge, with bored aliens flipping television channels, looking for nudity.”

Roswell alien Xrrydth Cthullyu said: The actual reason we have been visiting earth is cress.

“Cress doesnt grow on our planet but we really like it a lot, especially in egg sandwiches.

UFO conspiracy theorist Nikki Hollis said: When there was a cover-up I felt quite special and important, but now Im just some woman who works at Rymans. 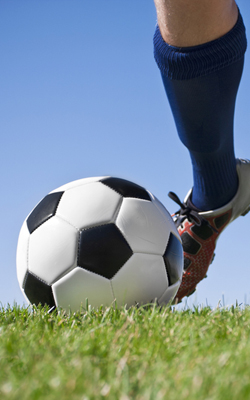 CAMPAIGNERS are demanding that footballers stop dragging their overpaid pastime into their bigotry.

Members of far-right groups have called for anyone with the ability to run quickly, project a ball or have sex with a glamour model to be thrown off marches and have their white robes confiscated.

Massive racist Wayne Hayes said: This country has a fine tradition of mindlessly hating anyone who doesnt basically look exactly like Denis Waterman and we dont need it sullied by these bunch of flash bastards.

Being incredibly intolerant used to be a grassroots, working class pursuit but its been hijacked by rich sportsmen, which sends out the wrong message to any potential young racists out there.

Its not about the glamour or the fame, its about having a deep-seated loathing of foreigners. We need to rid our movement of footballers and get back to that core message.

Representatives wearing badges featuring a picture of Stamford Bridge with a line drawn through it will visit schools, giving talks on how anybody can scream abuse about immigrants, regardless of their ability to run around in shorts.

The movement will present a petition today with 10,000 barely-legible signatures on it calling for the Home Secretary to force any racist found being a footballer to do community service in a working mens club and attend an Inactivity Awareness course.

Hayes added: “Watching football while being racist may have been acceptable in the 70s but we want to show theres no place for it in modern prejudice.