The notorious trickster’s most successful sting yet has seen him succeed King Abdullah as controller of more than 20 per cent of the world’s oil.

A source close to the sheikh said: “He’s been building up to this one for years, claiming to be the King’s half-brother and buying a Mercedes for anyone who doubted him.

“Now he’s in control of untold wealth and is the de facto leader of the most repressive faction of Islam, he’s possibly even more powerful and corrupt than he used to be at the News of the World.”

Mahmood now has access to secrets, including the truth behind 9/11, that could change the course of history but is reportedly committing more than £2.3 billion and seven US stealth planes to making it look like Alesha Dixon did cocaine once. 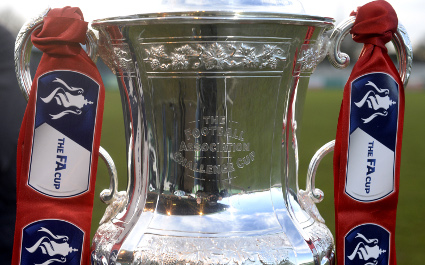 THE FA plans to tone down the romance of the FA Cup after a fan broke into Wembley Stadium and made love to the trophy.

Unemployed joiner Stephen Malley made his way to the display case where the cup is kept. After sharing a bottle of wine with the trophy, he initiated foreplay with football’s most alluring piece of silverware.

An FA spokesman said: “Security found Mr Malley with his trousers around his ankles, rubbing himself against the cup and groaning ‘Ronnie Radford’s 35-yard screamer against Newcastle in 1972… The Crazy Gang’s shock win in 1988… Sutton United versus Coventry in 1989…’

“The romance of the cup is one thing. Carnal lust is quite another. We’ve had to send it away to be steam-cleaned.”

FA chief executive Alex Horne said: “We have done a great deal to make the FA Cup less desirable over the years, like letting Man United skip it for a holiday in Brazil and spreading the third round over six weeks.

“But in these pornographic times, it seems wiser to replace talk of romance with ‘cordial but ultimately platonic allure’ in order to prevent further sordid liasons.”