NIGEL Farage will be Donald Trump’s high powered ‘go-between’ whenever the new president wants to eat some pizza.

An excited Farage was summoned to New York by Trump yesterday to be appointed as one of the billionaire’s eight ‘fast food ambassadors’.

Farage said: “It will be my job to sit down with the nearest Domino’s and talk through Donald’s approach and his priorities. They need to understand that he wants to a deal about pizza, but it has to be the right deal.

“His claim that anchovies were only fit for Mexican rapists was campaign trail rhetoric.

“Well, maybe not black olives. Do olives come in beige? And if not, why not?” 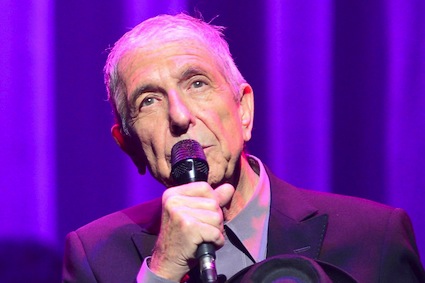 THE music of Leonard Cohen is perfect for fans feeling desolate and melancholic about his death, they have confirmed.

Fans saddened by the death of the 82-year-old singer-songwriter have found that almost any Leonard Cohen song sums up their feelings this morning exactly.

Tom Booker of Manchester said: “There’s no need to compile a special mournful playlist. Just put the back catalogue on shuffle.

“It’s very different to when Prince died, when playing classic tracks to mark his passing overwhelmed all my sadness with the inappropriate urge to party, dance and have sex.

“With Len, he’s been writing songs about the beautiful inevitability of departing from this world pretty much from 1967’s Songs of Leonard Cohen, so they’re all right where you need it.”

Booker added: “I’ll miss him. But I can’t deny he prepared us for this.”