Five sci-fi dystopias Trump appears to be basing America on

AS Donald Trump becomes ever more unhinged, one possible explanation is that he’s secretly a big fan of nightmarish alternate realities. Could these be his inspiration?

A country, Britain in this case, turns into a fascist state in which the government deals only in propaganda and the police’s job is to ruthlessly keep the population down. The film even has a pandemic in the US. Surely a coincidence because Trump is far too thick to be into Alan Moore.

Not strictly a dystopia, but about a psychic who learns that a popular politician is in fact a megalomaniac who will start World War 3. Remember 2016 when loads of people said Trump would tone it down and be an okay president, but he turned out to be a total mentalist? Spooky.

The Man in the High Castle

Okay, this is full-on Nazis-rule-America stuff, but Trump has always equivocated about racists and neo-Nazis who support him. Also it’s easy to imagine the preening orange bastard enjoying being measured for his uniform, like Goering with a fake tan.

Not exactly a subtle film but it predates Trump by a decade and features a terminally dumb population electing a government of utter morons. Definitely an influence on Trump, with his bleach cure for Covid. If he does catch it, the imbecile will probably brag “I got the virus and it is the best virus” before dropping dead.

Get back in the office so my dick feels big again, says boss 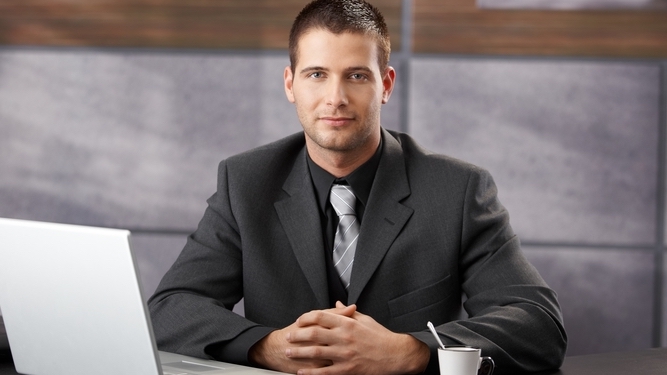 A BOSS has ordered his employees back to the office because exercising power remotely does not give him that big-dick feeling it does in person.

Martin Bishop told staff that belittling them in Zoom meetings was no longer enough, and for him to really feel like he was swinging a truncheon between his legs he needed them back in work and flinching when he walked past.

Bishop said: “Ever since March, my perception of my own power – ie. how big it feels my dick is – has been slipping away.

“With every meeting with my minions secure in their homes, torturing me with the proof they have a life outside work, it’s felt smaller and smaller. By now it almost feels its actual size.

“So everyone’s back in. I’ve sent a group email where I’ve cut-and-pasted government advice about social distancing and washing hands, so if you get Covid it’s your problem.

“Just being that cavalier about my staff’s lives has already made me feel like I’m packing meat. Actually seeing them cowering at their desks again will be like having a conger eel in my pants.”