THE French have abandoned their traditional disinterest in the private lives of politicians, labeling the girlfriend of President Sarkozy a 'total pump'.

Carla Bruni, the model and actress, has been taken to French hearts with many admitting they have been won over by her stunning shagability.

Traditionally the French ignored the sexual adventures of their leaders, partly because they valued personal privacy, but mostly because the women involved were rather plain.

But Bruni, including her amazing legs and knock-out boobs, has led to a resurgence in French national pride.

Christian DeLange, political commentator for Le Monde, said: "I have no doubt Sarah Brown is, how you say, a delightful woman and she may even look good in boots.

"But Carla Bruni, she is une hump par excellence. You would, how you say, need a crane to get me off her."

Albert Lamarque, the celebrated poet and activist, said: "France is great once more. We will soon have a first lady who all the world will want to have sexual intercourse with." 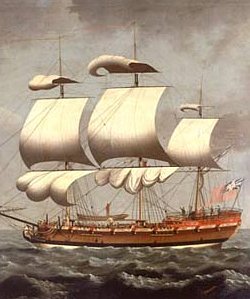 THE long-term unemployed will be taken from their homes and forced to pick cotton all day, under new proposals from the Conservatives.

The party has promised huge financial rewards for those private companies willing to round up thousands of Scots, Northerners and Welsh and set them to work in the fields.

Chris Grayling, shadow minster for work and pensions said: "Many of these savages have a good bone structure and will respond well to simple commands.

"They can work all day with just a meagre ration of Pot Noodle and will prove no burden to your enterprise."

He added: "If any wretch seeks to challenge your authority, have your gang master take the whip to 'em."

Under the Conservative proposals vast auction houses will be established in Glasgow, Liverpool and Swansea, where private companies and landowners will bid for the healthiest specimens.

The party predicts the trade will reinvigorate the economies of the great Imperial ports and make substantial fortunes for men of character.

Any surplus stock will be herded on to ships bound for the New World. All cargo that survives the two-month voyage will be sold-off in the market squares of Atlanta and Richmond to feed the demand from welfare-to-work programmes in the Southern States.

Mr Grayling said: "The females may also be used for lighter work and you can maintain good spirits among your inventory with the provision of a bingo parlour."