A BRAZENLY homosexual Winter Olympics is ongoing in the imagination of Russian president Vladimir Putin.

The event is based on the actual Winter Olympics which concluded on Sunday but with cutaway Lycra and explicit man-on-man victory podium kisses.

Putin said: “It won’t stop. The frictionless penetration of the two-man bob. The grins on their faces as they rocket down the luge. The ladies hockey, or I think they were ladies.

“Even the biathlon, which involves guns, has become an event where competitors make out with a chick and a dude.”

Curling is just the same, because it couldnt possibly be any gayer.

And at the climax, I keep seeing myself win the mens figure skating with a routine set to Call Me Maybe by tearing open my sequined shirt to reveal tinsel nipple-tassels.

Putin continued: God, it makes me want to dress in my Army uniform, sit astride a tank-barrel and give some country a good seeing to. 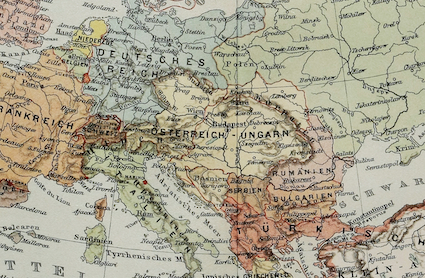 THE parallels with the First World War are totally doing a historian’s head in, it has been confirmed.

Julian Cook, professor of early 20th Century history at Roehampton University, has admitted he dreads reading the newspapers because ‘it is just one massive headfuck after another’.

He said: “It’s got to the stage where my wife won’t let me speak. All I’m allowed to do is point at the front page of the Guardian while looking at her with an expression of sheer horror.

“We have a strongly nationalistic, strategically significant eastern European country’s fate in the balance while three empires stand waiting in the wings, rattling their sabres. It is freaking me the fuck out.”

He added: “I talk to my historian pals and they’re like, ‘no way, that’s totally what I was thinking’. And then we all shout ‘powder keg’ in unison and have a bit of a giggle.

“It relieves the tension, but seriously, we’re all terrified.”

“Honestly, you want to try being a historian at the moment. Mental.”