APES frustrated by Gibraltar’s lack of entertainment hired a Spanish ship to get them off the rock, it has emerged.

Barbary apes paid a six-figure sum for the hire of RV Romon Margalef, whose incursion into British waters caused a diplomatic incident.

Ape Tom Logan said: “There is absolutely nothing to do here except smoke fags and loiter outside British theme pubs haranguing tourists for peanuts.

“Spain however has a thriving cultural scene with high quality tapas, Almodovar films and minimal techno clubs. Everything an ape could want.”

Apes have a long history of attempting to flee Gibraltar, but have been hampered by poor organisation and their erratic, hedonistic nature.

In 2003 a group of apes overpowered the crew of a fishing boat using a combination of extreme stealth and scat flinging.

An onlooker said: “One of their number had gone overboard and they were repeatedly speeding the boat up whenever he tried to swim back to it, which a lot of them seemed to find hilarious.”

The vessel eventually washed up off the Gibraltar coast, littered with banana skins, vuvuzelas and drugs wrappers. 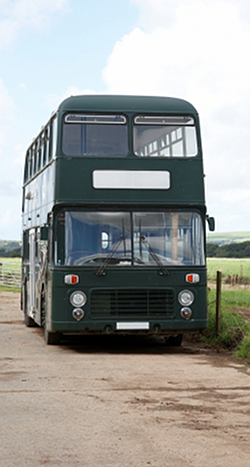 EVERY London night bus will undertake a ceremonial ‘puke parade’ before being replaced by the 24-hour tube.

Veteran passengers will be encouraged to pay their last respects at the themed event by climbing aboard the top deck and engaging in three minutes of silent kebab eating before the vomiting it solmenly everywhere.

Bus driver Roy Hobbs of the N9 route said “I’m glad the mayor wants us to celebrate the lives of these noble beasts in a meaningful and respectful way.

“As a passenger I’ve done so many secret bus sicks, mainly on the floor but also down the side at the back.”

Regular traveller Carolyn Ryan said: “It’s the end of an era. There’s nothing I love more than working my way through a six-pack between Oxford Street and Camden town, and then regurgitating it all over the gangway.

“However, I won’t be drinking on the new 24 hour tube, because you’re not allowed.”

Passenger Joseph Turner will be the guest of honour, after his total TFL vomit volume exceeded the three hundred litre mark at the start of the year.

He said: “I’m actually teetotal, but I get terrible motion sickness.”