Greece postpones financial collapse of Europe until end of month

GREECE has told the IMF to enjoy the sunshine for another 25 days until the end of everything.

The country has promised that it will bundle all its June payments together and fail to deliver them on June 30, giving the EU the rest of the month to pretend it remains solvent.

Greek PM Alexis Tsipras said: “We all enjoy wearing clothes, eating food, watching a little television, so why end all that before we absolutely have to?

“There’ll be plenty of time for crouching in the ruins of your home, burning your neighbours’ furniture to cook the pets you’ve slaughtered for meat. Years and years of it.

Greece has offered Europe another few days of imagining it has a functioning economy if the IMF is willing to take a cheque.

Secret of happy marriage 'is to live entirely separate lives' 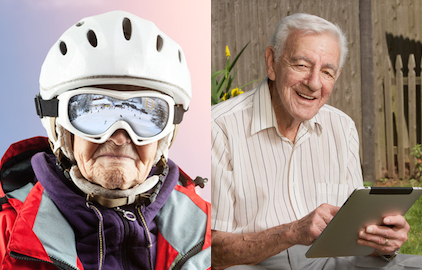 A COUPLE who have been married for 60 years say the secret of their success is to have no contact with each other whatsoever.

Tom Booker and Emma Bradford were married at Walthamstow Chapel in 1955. So as not to sully their love, Emma refused to take her husband’s name, with his agreement.

To preserve the purity of their union, they spent their honeymoon at their respective flats in Bow and Bethnal Green. Since then, they have communicated only once a year, via a mutual friend, to wish each other a happy wedding anniversary.

Booker said: “We have seen so many marriages fail because the couple get to know one other and become bored to near-homicidal distraction with each other.

“Emma and I never wanted that to happen to us. So we vowed that, once married, we would never meet again.

Emma Bradford added: “There’s been no sexual disappointment because we’ve never have had sex with each other. We never argue because we’ve no idea what each others’ opinions are about anything.

“We couldn’t be happier. Marriage is a wonderful thing if you do it properly.”