Grexit could cause depression, war, famine and disruption to British holidays

GREECE leaving the euro could cause a continent-wide depression and stop Britons getting the exact beer they want on holiday.

The ‘Grexit’, which will plunge Greece into poverty and cause economic shockwaves through the whole EU, may also mean a rise in the price of hiring sunbeds.

Roy Hobbs of Bolton said: “If they pull out, meaning the collapse of the EU’s banking sector and mass redundancies in Greece, how does that affect the air-conditioning?

“We like it on all night, you see, otherwise you can get very sweaty. I don’t want to be sweaty if there’s going to be social collapse.”

Donna Sheridan of Birmingham agreed: “I’ve got a corner room on the fourth floor in Zante, overlooking the sea. It’s actually in the brochure.

“Now what I’m worried about is that because they won’t pay Germany these 56 billion euros then they might try to give the Germans my room to make up for it.

Men plucking up courage to spend summer in Y-fronts 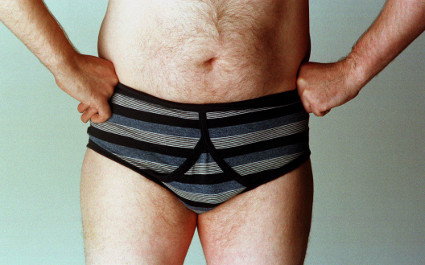 MEN are hoping to walk the streets this summer wearing nothing but their underpants.

As temperatures soar to 19 degrees in parts of the UK, men are arguing that shorts are inadequate to cope with the stifling heat and that their pants will preserve all necessary decency.

Norman  Steele, wearing a pair of red Y-fronts with dramatic black piping, said: “Every new generation casts off the clothing which oppressed us in summers past.

“I have a photo of my grandfather on the seafront at Skegness in 1946, wearing a woollen three-piece suit with cloth cap, and he was still cautioned by police for rolling his trousers up an inch past the calves.

“In 1976, my father could enjoy shorts but still had to wear thick grey socks under his sandals and a string vest.

“In the modern day I have cast all upper body clothing aside, but still I am constricted by two layers around my python’s nest. And it gets sweaty down there.”

Steele hopes that all it will take is a critical mass of men in nothing but Y-fronts to break down the barriers and make trouserlessness acceptable.

He added: “Don’t worry, ladies; there’s no danger of anything peeping through the flap because no man has ever used the flap ever.”