He spouts exactly the same bollocks in private, GCHQ confirms 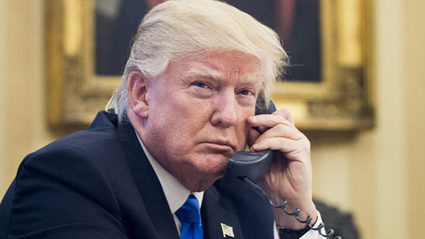 GCHQ HAS confirmed that Donald Trump’s private communications are nothing but the same meaningless bollocks he says in public.

The communications intelligence agency admitted they did listen to the President’s phone calls but only once and they would never waste their time doing it ever again.

A spokesman said: “Come on, it’s not like he’s suddenly all ‘Excellent, the destabilisation of the economy is progressing as planned, now to test China’s nerve with capital controls,’ once nobody’s watching.

“It’s just the usual garbled gabble about Hillary, his Apprentice ratings and the failing New York Times except there’s some bored billionaire on the other end waiting for a gap when he can ask for building permits.

“Our trained operatives, used to deconstructing every nuance of codeword-laden conversations between Al Qaeda and Pakistan’s Inter-Service Intelligence, can’t listen to that shit. They’d lose their minds.

“Plus he makes 70 per cent of calls from the toilet. Come on. Even we have our limits.”

Theresa May in absolutely massive wild guess about Scottish people 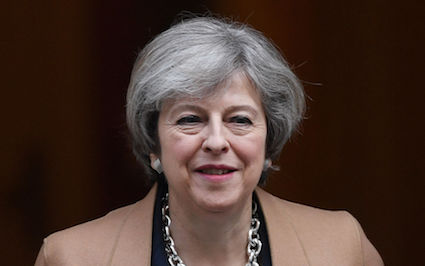 THERESA May is betting the future of the UK on a gigantic wild guess about how Scottish people react to things.

The prime minister insisted that by denying Scotland an independence referendum before Brexit she will not be fuelling support for independence, but also admitted she has no idea whatsoever.

She said: “I’m kind of basing it on opinion polls. I know, what a lot of bollocks, but does anyone else have any clue? Nope? Thought so.”

Bill McKay, from Edinburgh, said: “She’s right to not have the faintest idea. I have no idea what I think about any of this any more.

“I can’t remember what I thought about it yesterday. I should probably start writing it down.

“Or better still, I’ll just tweet it to the world amidst a flurry of c-words and really quite specific threats.