A LOYAL iPhone charger has crossed a continent to be reunited with its owner.

The plucky charger, left behind on a Riga city break in 2011, crossed eight countries over three-and-a-half years, never losing hope that one day it would be back by its owner’s bedside, charging her devices.

A police spokesman said: “The journey began in Latvia, where the charger escaped the hotel by stowing away in another passenger’s luggage which took it as far as Lithuania.

“From there it coiled its cable around the axle of a lorry and hung on for hundreds of fume-choked miles across Poland before being shaken off by the sudden acceleration of the German autobahn.

“Picked up by a roadside prostitute, it spent two years being cruelly used to charge knock-off iPads by an Albanian crime ring, only escaping by playing broken and ending up in landfill 50 miles outside Brussels.

“Pulling itself along using its three pins, it crawled onto a bridge over the Eurostar line and daringly threw itself onto the roof of a passing train, clinging on through the tunnel until reaching Waterloo.

“And from there it inched along, mile after mile, hiding from scavenging businessmen who could use a spare charger for the office, until it arrived home.”

Owner Susan Traherne said: “After giving up all hope of ever seeing it again, I couldn’t believe my eyes.

“However I’ve now got an iPhone 6 which has a different connector, so I threw it in the bin.” 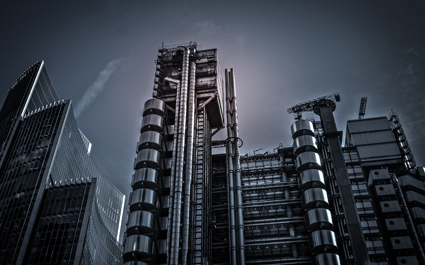 LONDONERS who move to the provinces will never fit in because their souls are tainted by the city’s evil aura.

Researchers at the Institute for Studies found that trying to leave London for a new life in the country was pointless because everywhere ex-Londoners go dogs will bark at them and humans will find them annoying.

Professor Henry Brubaker said: “It is a common misconception that you can make loads of money in London doing something evil like financial services or working in the media, then escape to happiness and chicken-rearing in a leafy place.

“But London follows you.

“Once you have been exposed to its grasping materialism, twisted priorities and shallow obsession with food trends, your inner being changes on a chemical level. Non-Londoners can smell it on you and they will never accept you.

“Also they will find your clothes stupid and pretentious, especially the vintage American chore jacket you bought because you thought it makes you look like one of the proletariat.”

Former stock broker Mary Fisher said: “I moved from Hackney to Wales but everywhere I go children point at my shadow. Apparently its outline is that of a jagged-faced witch monster with hooves.”