THE requirements for being deemed a ‘legend’ have been raised from buying colleagues a doughnut to overcoming a seemingly invincible adversary.

Over 98 per cent of workers have been granted legend status by colleagues, mainly for providing snacks and hot drinks.

Professor Henry Brubaker of the Institute for Studies said: “This legend thing is wearing thin, to say the least.

“To qualify as a legendary figure you must either slay a massive dragon that is terrorising an isolated community or overcome the unjust rule of a feudal tyrant.

“Simply remembering that Bridget in bought ledger likes chocolate sprinkles on her mochacino is not good enough.”

However office manager Wayne Hayes said: “You could say Ulysses is a legend because he killed a cyclops and fought some battles, but he never bought the head of his marketing department a cake shaped like a penis, which personally I think is better.” 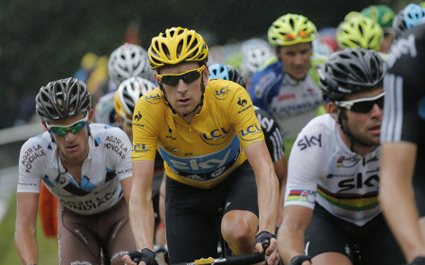 A 31-YEAR-OLD man does not like cycling, it has been claimed.

Friends of Julian Cook had believed his reluctance to adopt pedal-based transport was due to safety fears.

But Cook said: “I’ve been on a bike a couple of times in the past decade and to be honest I found it to be a pain in the arse.

“I don’t like the ‘balancing’ element, which you don’t get with a car, I hate swallowing flies and also going up hills is really hard.”

Cook’s workmate Norman Steele said: “When I told him about the new cycling laws in the Highway Code I thought he’d be overjoyed, but he looked like he was going to hit me.

“I refuse to accept that he doesn’t like cycling. Everyone likes cycling, it’s so great.

“Maybe he is a supernatural being sent by the cycling god to test my faith.”

Colleague Susan Traherne said: “I’ve never met a man who doesn’t like cycling. I’m not sure whether I find it sexy or repellent. Certainly it is against nature.”