How about we forget the bill and get straight to the part we like, says Davis

THE UK has suggested the EU skip this whole bill business and go straight to the part where we get everything we want.

Brexit negotiatior David Davis has told Michel Barnier to drop the bill, cut to the chase, and talk about the unfettered trade access the UK will enjoy for free.

He continued: “Enough stick. Time for a bit of carrot.

“Come on, give us a quick outline of how we’ll enjoy free trade with the whole continent without having to pay a penny into the budget. I know you’ve got the plans there.

“Our business community’s getting impatient, so park the dull stuff for a bit and let’s get stuck in to post-Brexit Britain’s glorious future of all the benefits of the EU but no immigration.

“We’ll get back to the bill later. Maybe.”

Michel Barnier then attempted to discuss the issue of the Northern Irish border while Davis bellowed “SHOW ME THE MONEY!” before looking around for approval. 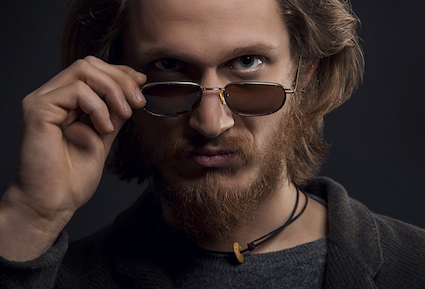 A WOMAN is distraught after finding out her new partner is into wanky necklaces and pendants, she has revealed.

Nikki Hollis is reconsidering her relationship with Tom Logan after seeing him in a necklace type thing that looks like a tiny biscuit on a shoelace.

Administrator Hollis said: “I opened a wardrobe at Tom’s and was confronted by dozens of metal bangles, and other crap like metal dolphins with fake gemstones for eyes on leather cords.

“After inspecting the presentation boxes I realised they all had some laughable gimmick, like a ring made from a small piece of steel from a decommissioned American M-48 tank.

“I didn’t know Tom had all this shit, but with hindsight I should have noticed his cufflinks ‘based on the classic Triumph motorcycle company insignia’.

“I’m not some bigot who thinks jewellery for men is effeminate, but you have to admit a ‘native American-inspired Zirconium eagle charm’ is pretty weird.”