How to become a non-dom in 11 easy steps

1: Declare you don’t live here. This is weird if your husband is chancellor, you’re meant to live in 11 Downing Street and you actually live in a mansion in Kensington. However, as you will soon discover, being a non-dom is mostly bollocks.

3: When asked to demonstrate that your domicile is in another country, simply talk about that country and how much you like it there, including facts from Wikipedia. The Home Office are very keen on the idea of booting people out of the UK and will not argue.

4: Pay HMRC to secure your non-domiciled status. Yes, you pay HMRC to pay less tax. It’s a similar system to the one France operated just before the Revolution.

5: Reroute all of your income out of the country by asking your employer to make payment to a Swiss bank account in Euros. This can probably be done via Paypal.

6: Pay no tax in the country you claim to live in either, because you don’t live there. You live in Britain, except you don’t. Don’t worry about all this unhinged logic. Just imagine you’re at a highly lucrative version of the Mad Hatter’s tea party.

7: Reflect on that Theresa May Brexit speech where she condemned ‘citizens of nowhere’ and how Tory rhetoric always comes back to bite them.

8: Pay virtually no tax. Take on a few government contracts if possible to show you’re really taking the piss out of the system.

9: After seven of nine tax years spent living in the UK without paying UK tax, pay £30,000. You will have made this in interest by this point. Nice work if you can get it.

10: After 12 out of 14 years, pay £60,000. Pocket change compared to a tax-free living. Despite your bargain low-tax existence, moan endlessly about having to pay ANY tax like all the other rich people.

11: When you have been in the country 15 out of 20 years, you will be required to pay full tax. Immediately piss off somewhere else. Britain’s an underfunded shithole of crumbling infrastructure and collapsing public services anyway. They should invest in it. 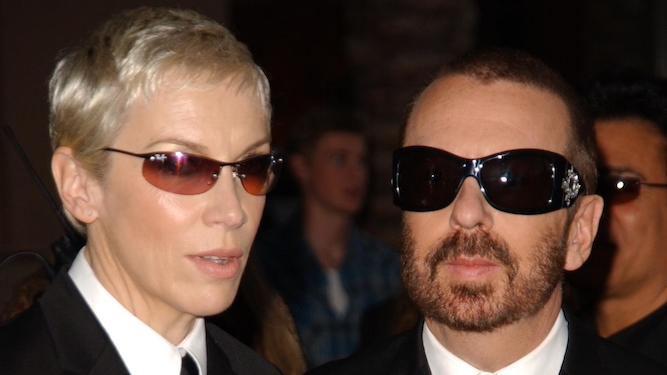 FOR some reason we think pop stars are experts on love, when almost none of them have a background in psychology or academic research. Here are some embarrassingly incorrect hits.

Love is a Stranger, Eurythmics

The stranger will ‘tempt you in and drive you far away’, which is inconvenient at best (you might have to get the train back from, say, Aberdeen) or at worst, an abduction scenario. And can you genuinely be in love with a total stranger? They might be into weird shit like collecting SS daggers.

I Will Always Love You, Whitney Houston

Whitney failed to do even the most basic fact-checking. With 103,592 divorces in England and Wales in 2020, her claim that ‘I will always love you’ has been thoroughly debunked. The song should really go: ‘A significant minority of married partners will emphatically NOT always love you.’ Much better.

Love is the Drug, Roxy Music

Let’s get this straight, Bryan Ferry and others, love is nothing like a drug. You can’t just stick some love up your nose and feel great, you need to do a load of dating stuff first. And being stuck in a car with a sulky partner after a row is a lot less fun than E. On the upside, love doesn’t cause annoying pinhole burns in your favourite shirt.

Almost no one realises this is about failing to go out with someone, certainly not the billion trillion couples who decided it was ‘our song’. The problem is that clearly it’s not just beautiful people who fall in love. Ugly people do too. It’s revolting, but mankind must breed and not let the cockroaches win.

I Want to Know What Love is, Foreigner

Do you, Foreigner, do you? It’s easy enough to look up, and the answer is: the release of high levels of dopamine and the hormone norepinephrine by the human brain. Foreigner should get help from an evolutionary biologist, maybe Richard Dawkins, when writing love songs.

The Love Cats, The Cure

Some Cure fans claim this is based on the obscure novel The Vivisectors. Non-Cure fans claim it is some nonsense about a couple who compare themselves to cats. However if you’ve seen cats shagging, with the male’s neck-biting and painfully spiked penis, ‘love’ doesn’t really come into it.

You won’t remember All-4-One, but by God you won’t have forgotten this whiny, mega-selling r’n’b ballad from 1994. The general gist is ‘I swear, I’ll be there, till death do us part’ and ‘when there’s silver in your hair’. This is a rash claim from any romantic partner, even worse by 20-year-old pop stars. ‘I’ll be there for about four shags’ seems like a better estimate.

You Give Love a Bad Name, Bon Jovi