THERE have been reports of a giant lizard with destructive tendencies wreaking havoc in Tokyo.

The vast orange-hued reptilian beast, which is believed to have emerged from some undersea cavern, has a voracious appetite for burgers and the capacity to wreak nuclear havoc.

An onlooker said: “It’s a big dinosaur-like thing with tiny little hands, just like a T-rex, and evil prehistoric eyes.

“Currently it’s stomping around Tokyo, having some sort of tantrum while planes fire missiles at it.

“Our only hope may be to lure it onto a pretend golf course which has a massive pit full of spikes under it.”

Friend sends urgent 3.30am text about maybe having a midweek pint 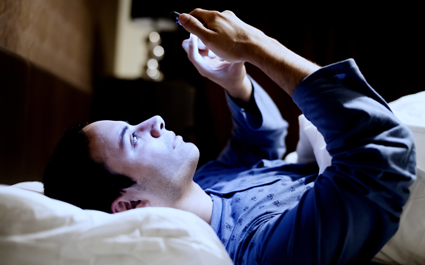 A MAN has been woken in the middle of the night by a friend’s urgent text about maybe having a pint.

Stephen Malley was woken at half three by the urgent vibration of his phone, sparking confused fear that something really bad must have happened.

However on examining the phone screen, Malley saw a text from his friend Julian saying ‘PINT SOON??’.

Malley said: “Perhaps he was asleep himself, then sat bolt upright and said ‘Christ, I’ve not see Tom for ages’, like it was a massive emergency. Or maybe he’s just a dickhead with no sense of consideration.

Julian Cook said: “I thought Steve would probably have his phone on ’sleep mode’ at night, or at least that’s what I told him when he had a go at me. To be honest, I didn’t think about anything except wanting a pint.

“That’s because I am a feckless lazy bastard who often wakes people up for no good reason.”