Huge Dome To Be Placed Over Middle East

A MASSIVE silver dome should be placed over the Middle East until all the explosions have stopped, the UN secretary general said last night.

Following predictions the region would soon be rife with nuclear weapons, Ban Ki-Moon unveiled plans for a huge dome approximately 2500 miles across.

The dome would be built in a South Korean shipyard and towed by supertankers to the Indian Ocean. It would then be heaved into place until it covered Lebanon, Israel, Gaza, Syria, and much of Saudi Arabia, Iraq and Iran.

Outlining his new peace plan, Mr Moon said: "Once the dome is in place we expect about 12 to 18 months of constant explosions, followed by silence.

"We will then lift up the edge of the dome and have a peek to see if there are any heavily armed psycopaths still alive.

"If so we'll just chuck in a few sticks of dynamite, slam the dome back down and wait for the big boom."

If the plan is successful Mr Moon said the dome could be melted down and made into napkin holders or placed over the United Kingdom, 'until they learn how to have a drink without beating the shit out of each other'. 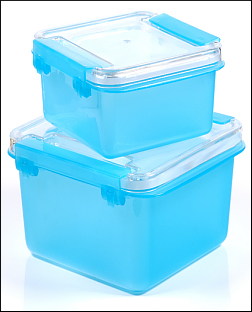 EVERYONE will have to defecate into a bucket and present their stools for examination under government plans for a database of every bowel movement in Britain.

Home secretary Jacqui Smith said anyone producing solid brown stools or floaters had nothing to fear, as long as they had made a formal Declaration of Poo and noted down the time and place of excretion.

However, those with runny or beige faeces, or anyone with waste containing chickpea, coriander or traces of bomb juice could be detained for up to 42 days without charge.

The home secretary said: "The intestine is a 30-foot hiding place for the terrorists who would destroy our way of life, and we need to be in there.

"I tell you this: if you are intent on thinking bad thoughts then beware – your filthy terror doings will betray you in the end."

Tom Logan, a civil rights lawyer, said the government would combine the Poo Files with its new record of every phonecall and email in the UK to create a complete database of everything coming out of either end of anyone.

He added: "Let's just go through that again, because it can get a bit complicated.

"THE GOVERNEMENT IS KEEPING A RECORD OF EVERY PHONE CALL YOU MAKE AND EVERY E-MAIL YOU SEND.