I have no f**king idea where I'm going with this, admits Kim Jong-un

KIM Jong-un is not really sure what his nuclear weapons programme is meant to achieve, he has admitted.

The North Korean dictator now feels it may have been a mistake to spend a large part of his country’s GDP antagonising powerful enemies with absolutely nothing to gain.

Jong-un said: “I should have done a nuclear programme ‘aims and objectives’ document, or at least a ‘pros and cons’ list.

“To be honest I got carried away with how cool the missiles looked and didn’t plan ahead about who I was going to threaten with nuclear devastation.

“Sure I’d like to conquer South Korea, but even China will kick my arse if I try anything there. And Christ knows why I threatened Japan. I must have been really bored that afternoon.

“Now I’ve got this crappy missile project and no idea what to do with it. Maybe we could turn it into some sort of ‘nuclear rocket train’. Would that work, or am I just talking bollocks?

“Next time I have a crazy megalomaniacal idea I’m going to run it past other people first. This will teach me to keep executing my close advisors with an anti-aircraft gun.

“I suppose we could use the rockets to build a massive fortress on the moon. No…it’s that sort of thinking that got me into this mess in the first place.”

Kid thinks local comprehensive will be just like Hogwarts 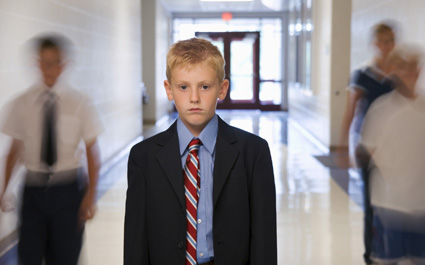 A BOY about to start secondary school is sure it will be like Hogwarts from the Harry Potter books.

Tom Logan believes his new state school will allow him to make delightful friends like Hermione Granger and have exciting adventures, possibly in secret passages and rooms.

Harry Potter fan Logan, 11, said: “Obviously there won’t be magic like at Hogwarts, but I’m sure the overall experience of going to a large Northern comprehensive will be broadly the same.

“Once we’ve been put into ‘houses’ like Gryffindor and Hufflepuff we’ll all become best friends and start doing things like investigating a ghost on the school grounds.

“There are bound to be a few bad eggs like Draco Malfoy, but I’ll just outwit them or win their respect by being good at Quidditch.”

Headteacher Roy Hobbs said: “Tom will be in class 1BW and should be fine so long as he doesn’t show any enthusiasm for learning.

“He’ll be placed alphabetically next to Shane Lombard who’s actually a very bright lad, even if he chooses to be a disruptive little shit.

“We definitely have plenty of adventures here, though. Last term there was a 30-person fight behind the science block and the police came in riot vans.”