I only want Scotland to be independent so I can destroy it, admits Salmond

ALEX Salmond has finally admitted he hates Scotland and wants the country to be independent so he can abolish it.

The Scottish first minister insisted his fellow countrymen are the worst people in the world who spend most of their time ‘either threatening to kill you, or vomiting on you’.

He said: I can’t keep lying. Its a hellhole filled with drunken nutters, ghastly housing estates and food that is simply disgusting.

Im going to win independence, bankrupt the place, set fire to the buildings and then move to France – as long there arent any Scottish people there.

I want to leave this place a wasteland, populated only by scavenging piss-artists and thousands of bastard folk singers.

Now Ive finally come clean, I suspect I will have the backing of the vast majority of Scots, who all hate each other as much as I hate every single one of them.

Mr Salmond also revealed he ‘loves the way Vladimir Putin holds ordinary Russians in utter contempt’ and would gladly hand Scotlands economy to the terrifying president and his gangster cronies.

He added: All Scottish people are sexual deviants. 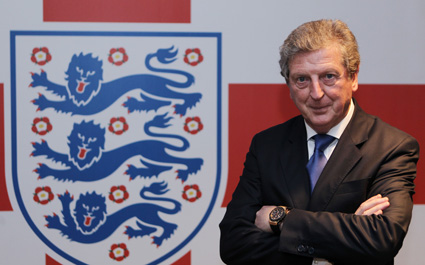 ROY Hodgson has already decided who is to blame for England’s World Cup exit.

With just six weeks to go before the tournament, the 66-year old has declared that he has a clear idea of who will be taking the flak for England’s limp elimination in Brazil.

“Everybody needs to know their role in the squad, from leaking information to the press, or forming a disruptive dressing-room clique, to giving away a penalty against Costa Rica.

“We’ve got lucky in the past by coming up with last-minute hate figures like Chris Waddle and David Beckham, but this time we’re leaving nothing to chance.”

Hodgson’s choice is still under wraps, but reliable former scapegoat Emile Heskey is being touted for a recall.

Hodgson said: “The biggest challenge is where don’t I point the finger. There’s so many players I can count on to let me down, whether through incompetence, naivety, or our old-fashioned English blend of arrogance and fear, that picking just one scapegoat won’t be easy.”