'I will only listen to Boris!' roars Putin at Ukraine peace talks

BORIS Johnson is being urgently flown to Kiev after President Putin confirmed that he is the only Western leader he considers trustworthy.

The Russian leader has demanded that he sit down with an honest straight-talker with an outstanding track record of tricky geopolitical negotiations, and insists that only Britain’s prime minister fits the bill.

He said: “Macron? A joke. This German? He is no Merkel. Biden? The call only lasted an hour because he kept falling asleep.

“Boris? A true leader. A man unafraid of his own ignorance. A man prepared to put in all the bluster necessary to ensure war. No-one else would ask ‘what has Belarus got to do with anything?’ with a straight face.

“Fly him out here and put him at the end of my long table. Let him give away your military secrets by accident. Let him make the diplomatic blunder that will serve as our casus belli, then fly home victorious only to discover we invaded before he landed.

“Only Boris truly represents what Russia believes of the West: stumbling, bumbling spoiler children convinced they are too special for anything bad to happen to them.

“Also I have some stuff for all my oligarch crew in London I need him to drop off, so it is two birds with one stone.”

November? Conceived pissed on rosé on Valentine's Day: what your birth date says about you 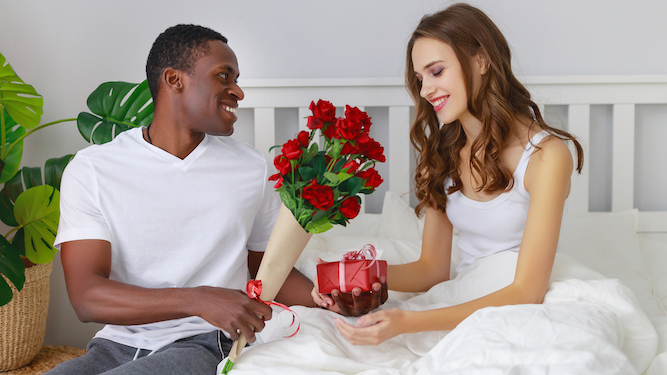 EVER looked at your birthdate and wondered how and in what drunken accident you were conceived? Find out:

A candlelit dinner at Bella Italia and a bottle of the cheapest white and nine months later, there you were. A ‘surprise’ or ‘a bit of a f**k-up to be honest’. Every February 14th you’re reminded that you owe your existence to a £10 bunch of red roses and a handsome tip to the waiter.

It’s the big month for babies, and why not fill that awkward Christmas-New Year gap with a quick shag on the fold-out bed at Auntie Susan’s house, and never mind the contraception? Though there are a lot of office parties in December, and you do resemble Steve from Accounts.

Conceived on a steamy night, perhaps on MDMA at Glastonbury or a sun-lounger in Greece or with the windows open in a flat in Leicester, your birthday reveals you to be a product of sunburn and Sol lager. You’re a free spirit whose parents let you smoke weed and you’ve never descaled a kettle.

There’s no shame in being conceived on the sexiest day of the year, your parents’ nude bodies interwined on the kitchen table in a mess of batter, golden syrup and Jif lemon. They disguised it by naming you something Christmassy like Holly.

Arriving during the spookiest of months doesn’t make you an ill-omen. It’s just that post-Christmas one year, your parents had no money and nothing to do and sex is free. Or at least it seemed it until you arrived.

The sap was rising, the spring lambs bounding in the fields and your parents finished a three-bottle picnic and brought you into being up against a tree. You’re the result of an agricultural breeding programme, basically.

All other months – Boring, probably planned

If you were born in June or July, or January, you grew up in a dull household where children were expected or even wanted. You had a great childhood filled with attention and you got every toy you circled in the Argos catalogue. You smug bastard.