Iran To Rebrand Itself As Lovers' Paradise

IRAN is hoping to attract thousands of Western tourists after rebranding itself as the ultimate destination for lovers.

The Tehran government wants to make the country a by-word for romantic getaways where couples can enjoy spectacular, golden sunsets, long walks on the beach and relax in the knowledge that there is now just a 60-40 chance of one of them being stoned to death.

The Department of Internal Security and Tourism has drawn up a series of advertising campaigns with slogans including ‘Take the woman you own somewhere special’ and ‘Iran – We probably won’t kill your wife’.

According to a leaflet, to be distributed in this week’s Mail on Sunday:

“From the moment you undergo your first interrogation at the Ayatollah Ruhollah Khomeini International Airport you will find yourself in a lovers’ paradise where you can both rediscover why you forced her to marry you in the first place.

“Let her walk eight paces behind you, before treating her to an incredibly hot and uncomfortable new dress from one of Tehran’s four shops.

“Feel free to explore our beautiful landscape, but if we suddenly decide that you are Western spies you can enjoy a romantic breakfast on the terrace and spoil yourself with a choice of either dry, unleavened toast or finest Iranian tap water before being re-chained to your own personal radiator.

“And if you happen to accidentally drive within 30 miles of one of our experimental nuclear power stations you can rest assured that you will both be tortured in the same dungeon (subject to availablity).

“Meanwhile, if you do end up getting stoned to death, we’ll tell all your friends and relatives it was for a wonderfully romantic reason.”

Nathan Muir, tourism analyst at Donnelly-McPartlin said: “This is a smart move by Iran. With some clever, well-positioned marketing and the right kind of ad campaign, people will quickly forget that it’s an utter fucking hellhole run by bastard lunatics.”

Norfolk Tools Date Back To 1938 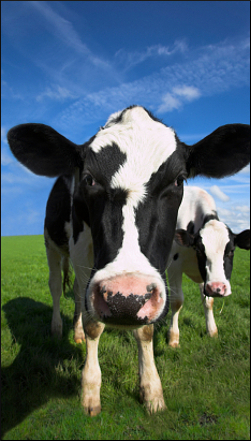 HUMANS in East Anglia may have been using tools as early as just before the Second World War, it has emerged.

It had been believed that technology was first used in the remote region in 1994, when a local man picked up a stick and used it to attack a tree.

But archaeologists have uncovered several items which they believe will lead to a radical rewriting of Norfolk history to be read by people who are not from Norfolk.

Among the dramatic finds were a spoon, a box of half-eaten crayons and a device which experts believe was used for putting make-up on a cow.

Meanwhile a Bakelite radio dating from the late 1930s has also been discovered in a shed near Saxthorpe, where it is still worshipped by local tribes as a prophet.

Wayne Hayes, a hedgehog wrangler from Corpusty, said: “Old Talky has been round these parts since before the time of memory. It’s inhabited by the magical Archer family and their tales from the future.”

Other artefacts included an unread PG Wodehouse novel and shards of broken pottery that seem to indicate early Norfolk Man had tremendous difficulty in co-ordinating his three-fingered hands.

Archaeologist, Tom Logan, said: “Local folklore tells of a creature called ‘Ali’ that brought humans to Norfolk, though we think it probably means the A11.

“Nobody knows what drove early Norfolk Man so far East but one theory involves a strong desire to be as far away from Essex as possible without having to live in the sea.”