Irish people in UK admit they're just making up words

IRISH residents of mainland Britain have confirmed they are making about 65 per cent of their colourful language up on the spot.

Admitting that terms ‘it’s gas altogether’ for something funny and ‘wagon’ for a kind of super-slag are genuine, the expatriates have also been inventing others, usually while hammered.

Dubliner living in London Mary Fisher said: “It’s less fun when all the English know them, though there’s still endless amusement asking posh girls how much they like a ride of their horse.

“But this week alone I’ve told people that a ‘glugger’ is a car, a ‘land-gull’ is a horse and ‘Marlboro Reds’ are children. They don’t question it for an instant.”

Nikki Hollis, originally of Cork, said: “Brits know so little about Ireland you can tell them anything. A girl at work thinks I’m from the second biggest city, Ballybellend.

“Don’t try it around Scots, though. They’re busy making up all their own words and they’re scared we’ll blow it for everyone.”

Bill McKay of Glasgow said: “We do not do that. Weapon is an actual insult. You f**king weapon.”

Final twist of Killing Eve is that it's b*llocks 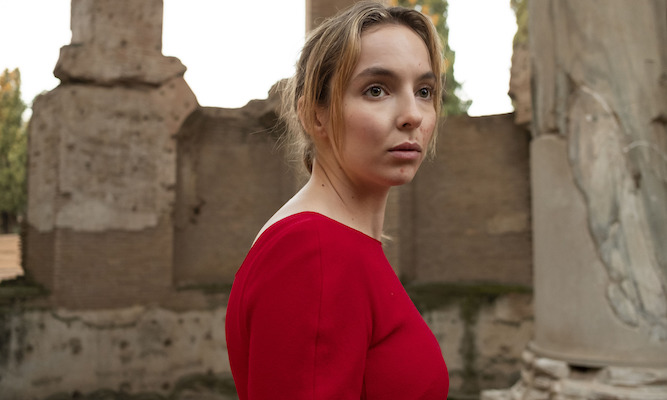 KILLING Eve fans have been left gobsmacked by a twist ending in which the show was revealed to be cobblers and they were idiots for watching it.

The sexy spy thriller concluded with Eve Polastri appearing to be dead when she obviously is not in a cliche so tired it made millions of viewers realise what morons they had been.

Fan Emma Bradford said: “I’d thought so long and hard about the show I’d decided there were twin Villanelles working together in a master illusion so the revelation that’s it’s all b*llocks was a brilliant surprise.

“Like all incredible twists they’d been laying the groundwork since season one, when the show was dumb twaddle from the first episode. Seriously watch, it’s all there.

“I’d expected the two of them to escape Rome, but then it turns out I am a dunce for slavishly following a comedy version of Spooks.

“That was a bigger turd than the final episode of Sherlock. And that’s a real achievement.”

A BBC spokesperson said: “In season three we’re considering having Eve and Villanelle flying around in a giant Zardoz head, just to see if we can get away with it.”