ISIS members are baffled as to why their brand of medieval religious oppression and global terrorism did not succeed, they have revealed.

Surviving jihadis are wondering if publicly announcing they would kill anyone who did not submit to a horrendous way of life may have limited the movement’s appeal.

ISIS fighter Ahmed Al-Jazrawi said: “Looking back, I think antagonising absolutely everyone in the world probably wasn’t the smartest move.

“The strong possibility of being killed by a US drone or dozens of other enemies definitely created recruitment challenges that don’t exist for, say, Asda.

“We also failed to sell the idea of living in a backward religious dictatorship. I think that’s a bit of a turn-off for people who don’t like being flogged all the time.”

Fellow jihadi Abdullah Mohammed said: “With hindsight, setting up a global Islamic state was overambitious. We should have started somewhere smaller, like Wales.

“I’d assumed we’d trigger the apocalypse and God would sort everything out, but it turns out ancient prophecies aren’t very reliable.”

Which hate figure should you burn in effigy this weekend? 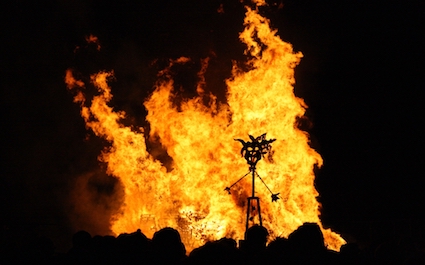 BURNING Guy Fawkes on your bonfire is so 1600s, but which of 2017’s many hate figures should you burn instead?

Check out our Mash guide:

The obvious choice, effigies of Trump are easy to make at home because he already looks like clothes irregularly stuffed with newspaper, child’s gloves and a badly-sculpted papier-maché face. However the large amount of hay required to craft his hair could blow away once ignited and prove a fire risk.

Could be considered passé, but still deserves ire for expecting to stroll into the White House like it was the family greengrocery business and then writing a whining, buck-passing book about it.

Much as you should always check bonfires to ensure that children or hedgehogs are not hiding in them before lighting, always check any effigies of Jacob Rees-Mogg to ensure you are not inadvertently burning the genuine article.

The man who threatens to turn the world into ashes deserves to be burned, despite the high probability that it’s all his dad’s fault for spoiling him. Fun and simple to construct: just pop a pair of glasses and poor man’s Elvis wig on an over-inflated balloon and you’re good to go.

If you’re holding a bonfire in an area of mixed political views, it can be difficult to choose an effigy that everyone agrees with. But whether you’re far-left or alt-right, everybody blames the ills of the world on women. One side can think it’s Angela Merkel, the other Laura Kuenssberg and everybody’s happy.

The Hollywood producer turned international sex abuse exposure catalyst should have been sitting atop bonfires for decades. A popular choice, but good luck getting it to the top of your bonfire without it being kicked to bits.

Has a £132 million fortune even though she is only 29. Burn the witch.