Israel declares US has declared war on Iran

ISRAELI prime minister Benjamin Netanyahu has announced that the United States is at war with Iran.

Netanyahu broke the news to Congress on Tuesday, before ordering four US aircraft carriers and more than 300,000 troops to invade within a fortnight.

He said: “Just as the invasion of Iraq turned a nest of deadly terrorists into a land of peace, golf and women’s rights, war with Iran will make the whole region safe for democracy.

“I have been organising this invasion since 2012 and can no longer wait for the Americans to choose a commander-in-chief who agrees with me. So as you people like to say, ‘let’s roll’.”

President Obama said: “I had a lovely little war planned with Venezuela, which has oil but also a Caribbean coastline and spectacular waterfalls, but it’s not like it’s up to me.” 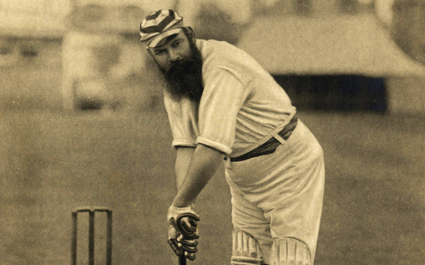 ENGLAND cricket management have hinted that WG Grace could be recalled to the international scene.

The former Gloucestershire batsman has not played for his country since dying in 1915.

But with England failing in Australia, the clamour is mounting for the bearded 167-year-old to make an unexpected return from the grave.

An ECB spokesman said: “Everybody knows the qualities that WG brings to any team he plays for. I don’t think the fact he is buried in a cemetery in Bromley should be any barrier to getting into the current England side.

“The deceased issue has been blown out of all proportion by the media.”

Piers Morgan, a long-time top mate of WG, took to Twitter to back the decomposed all-rounder: “Time to shed prejudice against dead. If you are good enough you are alive enough.”