Homeless fairies getting into smack

FAIRIES evicted from a wood in Somerset have turned to drugs and crime, it has emerged.

Following a council clampdown on fairy homes, the little people have relocated to bleak local towns like Bridgwater and Yeovil, where they have discovered heroin.

2694-year-old pixie Tom Logan said: “Life in the woods was just magic and fun. We had midnight balls and played impish but essentially harmless tricks on ramblers.

“Then the men in luminous jackets came and told us to fuck off. Now we live in a discarded fried chicken box in an alley behind an arcade.

“Last night we thought there was a terrible storm, but it was just some drunk men urinating on our roof.

“The only thing that numbs the pain is the magic brown powder we buy off a man in a Kappa tracksuit. When we smoke it in our little clay fairy pipes we feel pleasantly woozy.

“Unfortunately the ‘magic brown’ is expensive so we have to steal.

“It’s easy though, we just fly into drunk people’s pockets and in the morning they don’t even realise there is a tenner missing.” 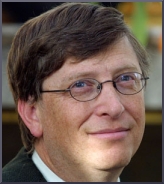 THE world’s richest man has admitted he would swap it all for 24 hours of coolness.

Microsoft boss Bill Gates, who is worth an estimated $79bn, admitted he would exchange his wealth for natural charisma and the ability to make Coke cans fall out of vending machines by kicking them.

He said: “Sometimes I walk into a bar and people are like ‘who’s that badass’. Then I wake up and it’s like, oh bum, I was dreaming!

“I tried buying a leather jacket but it looked weird, like I had wide buttocks. Obviously a motorbike is out of the question, you can really hurt yourself on those things.”

Last year Gates spent $4bn paying cool people including Benicio del Toro and Jack Nicholson to hang out with him for an afternoon.

However his guests just formed their own social group on his patio, laughing among themselves but then going a bit quiet whenever Gates approached with a tray of sodas.