'It's on the green list' say family jetting off to Israel

A FAMILY going on a sunshine break to Israel are sure they will be safe because it is on the government list of green countries.

The Bradfords have booked ten days in Tel Aviv for beach days, evening cocktails watching the sunset over the sea, and cannot wait to do nothing but relax.

Mother-of-two Emma Bradford said: “Simon fancied Spain, but even though you’re allowed to go there it’s on the orange list. I don’t want any stress.

“Eveyone’s talking about Israel right now so I was worried all the tickets would have been snapped up, but even last minute there’s loads of flights. I couldn’t believe our luck.

“I double-checked there’s no Covid restrictions, found a lovely hotel, entered my card details and packed my bags without a second thought. I’ve also booked us a day trip to Jerusalem, which is really historic and religious.

“My sister went ‘Israel? Right now? Are you sure?’ I don’t know what that was about. She’s only going to Aberystwyth, so she’s just jealous. I’m going to get an amazing tan.”

Husband Simon said: “Am I worried about the escalating violence in the region? Nah. It’s not like our government would willingly let its citizens put their lives at risk, after all.”

The six stages of self-loathing after you've clicked on clickbait 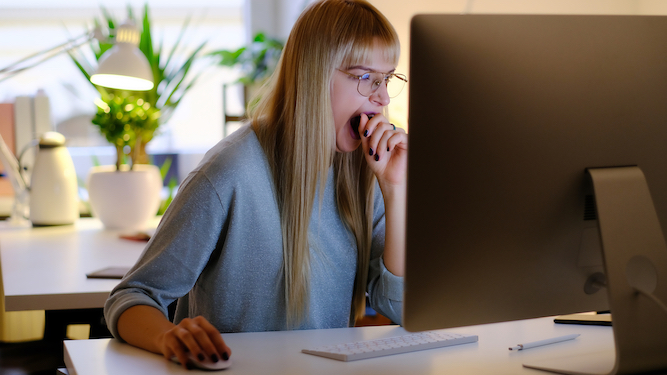 UNABLE to resist the temptation to find out what a 90s actress looks like now, or whether a dog had seen a ghost? Here are the stages of hating yourself for clicking:

This is going to be fun! Finally you’ll find out the insider secrets of airline travel or if Molly Ringwald has f**ked her face up with plastic surgery.

Ah shit it’s a slideshow. There are 30 f**king pages of this. It’s going to take ages, and you’re beginning to question whether you actually care if an Israeli fighter pilot saw a giant UFO in 2001.

Every other page is a shitty advert

All clickbait is surround by adverts for shit products for stupid people. If you’ve got a functioning brain you probably don’t need Grammarly, and why are they encouraging you to buy a nasal trimmer? You don’t have huge clumps of hair protruding from your nostrils like an ogre. Or do you?

You’ve invested 10 minutes in clicking through this crap to see if there really is an underwater Millennium Falcon or if Billy Zane is dead. You feel a bit stupid and almost dirty, as if you need a shower.

The end is not in sight

Was there a ghost in a guy’s house in Montana, or is there a mundane explanation like a raccoon stuck in the chimney? Are you an idiot for even caring? It’s too late now, and you hate yourself for being so guillible, but you’ve invested too much time to stop. You have to keep clicking.

That woman off Charlie’s Angels actually looks as you’d expect at 70. She is old but has had a rich and fulfilling life. By contrast, you’re going to waste yet more of your life reading about former Baywatch stars who got into crystal meth.