WIKILEAKS founder Julian Assange has told reporters at the Ecuadorian embassy that he is unchained like Django and to call him maybe.

Assange said: “For two years I’ve been trapped in a Red Room of Pain but now I’m ready to rock the international community Gangnam style.

“For example, I can tell the world the secret of how Sherlock survived his fatal leap from the roof of St Bart’s Hospital and went on to an epic win.

“And that mysterious post-credits villain in The Avengers? I know who he really is, and why he got so much swag.

“I also have information which proves that the NSA is masterminding an illegal global surveillance operation harvesting hundreds of millions of emails from ordinary people.” 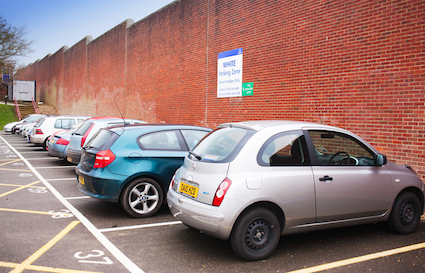 HUNDREDS of Britons have made the annual trip to Saudi Arabia to show off their average cars.

Every year British car owners flock to Saudi capital Riyadh to cruise around in their their mid-range and secondhand vehicles.

“I pulled a few cool moves, like winding open the manual sunroof and parking comfortably in an extremely small space.”

Teacher Donna Sheridan said: “My Volvo 850 estate gets a lot of attention. Yesterday an Arab playboy in a Lamborghini asked me where he could get a car with enough room for children, wives and a big weekly shop.”

Meanwhile, Saudi authorities warned that the city is not to be used as a private racetrack, after a late-night contest between a Honda Civic and a 1992 Ford Scorpio.