APOCALYPSE facilitator Kim Jong Un will start his new job as soon as IT has helped him login to his work computer.

The North Korean leader has ordered a three-month period of mourning, punishable by death, while Brian from IT shows him how to manage the country’s terrifying doomsday network using Outlook Express.

British ambassador Tom Logan said: “Under the previous regime most recruitment issues were referred to the Human Resources crocodiles, so succession planning hasn’t been the smoothest.

“Jong Un spent an hour at reception this morning explaining to the security guard that he hadn’t been issued his photo ID yet.

“The first thing he did when he got to his desk was ask which department deals with having people’s wrists broken for dicking him about.”

Meanwhile, the new leader has been asked to think of an eight-letter password for his desktop, ruling out ‘bornofheaven69’, which he uses at home.

He will also have to overcome the animosity of several generals passed over for the job with analysts warning that his plan to bring in a muffin basket every Friday might not be enough.

One unnamed general said: “I’ve been updating my CV every month since Jong Il had his stroke in 2008 and I’ve got a sensational Powerpoint presentation on how I’m the best man to crush our nation’s puny foes that they didn’t even look at.

“It just goes to show it’s not what you know that counts, it’s which psychopath’s ball-bag you were fired from.” 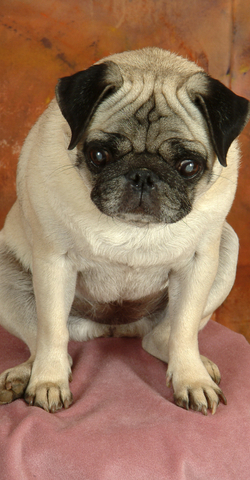 A BERNIE Ecclestone daughter is to front a new ITV2 series confronting anti-superficiality.

Petra Ecclestone, or perhaps the other one, will front the television series Proud to be Pointless, challenging society’s negative attitude towards people who loll about on beds fellating rolled-up £50 notes while tiny dogs in jewelled capes run around defecating all over their massive soulless houses.

Whichever daughter of the bonsai grand prix don said: “I was 17 when I discovered I was superficial.

“I’d been experiencing strong gem and fame cravings so the doctor did a test. I had to answer questions like ‘if Stephen Hawking and Peter Andre were trapped in a burning house and you could only save one of them because you were late for a Grazia shoot, who would you choose?’.”

She added: “There’s this preconception about superficial people, that they’re somehow less good than people who do things. Every minority group faces challenges, especially if they’re beautiful.

“It’s only commercial television and pretty much the entire magazine publishing industry that have ever stood up for us.

“Probably that’s why it took me so long to accept who I was. I had to learn to really stop trying to be worthwhile and embrace my inner nothing.

“Without people like me there would be no Black Eyed Peas, no Hello! Magazine, no-one to employ architects called Dino who wear eyepatches as fashion accessories and talk about their ‘vision’ for my panoramic breakfast bar.

“Now I want to pour that pro-superficiality message into the heads of ITV2 viewers via the televisual medium.”

ITV2 viewer Emma Bradford said: “You can’t really blame a young girl who’s been raised in a bottomless pit of cash for having certain shortcomings. However I do on some level blame myself for not being more like her.

“That’s why programmes like this are good, because they encourage aspiration and make you determined to inherit wealth.”