LOURDES, home of the magic Jesus bath, has added fake car bombs to its hoax repertoire.

The French mountain town is hoping that millions of delusional Catholics with nothing wrong with them will queue up at a Renault Laguna parked in the main square in the hope of being blown to smithereens by the power of baby angels.

Since a hormonal teenage girl did not see a fictional character at Lourdes in 1858, the town has secured its place alongside FÃ¡tima, Bethlehem and the Sea of Galilee as one of the key sites in Christianity where nothing happened.

Now local officials hope that hoax car bombs will inspire a new generation of pilgrims to stay for a fortnight, including continental breakfast, a buffet lunch and two bottles of Sauvignon Blanc for the price of four.

Stephen Malley, a lightly abused Catholic from Galway, said: “I’m hoping that if I touch the car and then pray really hard then eventually my left leg will fly off or I’ll be blinded in one eye by the Invisible Shrapnel of Our Lady of the Booms.”

And Sister Mary Hollis, a fiercely deranged nun from Stevenage, added: “I pray that soon I will be able to visit the site of the Immaculate Detonation and then the Jesus car will blow both my hands off for not praying hard enough.”

A spokesman for Lourdes chamber of commerce said: “We’re a small town with limited resources so we’ll never be able to offer a truly massive hoax, like the female orgasm or the British railway system.

“But we can provide a diverse basket of small, high quality hoaxes adding up to what we will make people believe to be a world class hoax experience.”

He added: “As well as the Magic Bath, the Jesus and Mary Cave and Joseph’s Non-Exploding Technicolour Dream Car we’ve recently discovered that all the restaurants in the town centre serve a special omelette that gets you into heaven.

“And next spring we’ll be rolling out a tiny voodoo plum tree that makes you better at golf.” 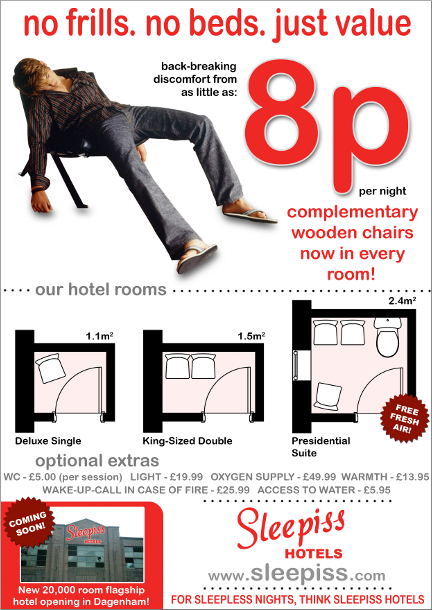