ITALY, a country of uncommunicative recluses who shun physical contact, is adapting easily to nationwide lockdown according to citizens.

A nation of people renowned for staying in, avoiding any kind of religious or sporting gatherings and never hugging strangers has barely had to change its habits at all to follow new coronavirus restrictions.

Adriano Gabrieli of Milan said: “It’s not like we spend hours in cafés anyway. As a people, we pretty much keep ourselves to ourselves.

“Also we’re notoriously sticklers for obeying rules and place all our faith in science rather than relying on some abstract higher power to save us, so it couldn’t have happened to a more suitable country.

“Staying home’s no problem. Certainly none of us will get involved in passionate, voluble arguments with family members and walk out slamming doors, and also we’re not given to extra-marital affairs.”

He added: “Supermarkets sold out of pasta? No, of course not. That would only happen in a total coglione of a nation.”

Lush 'only brand that can be smelled from space' 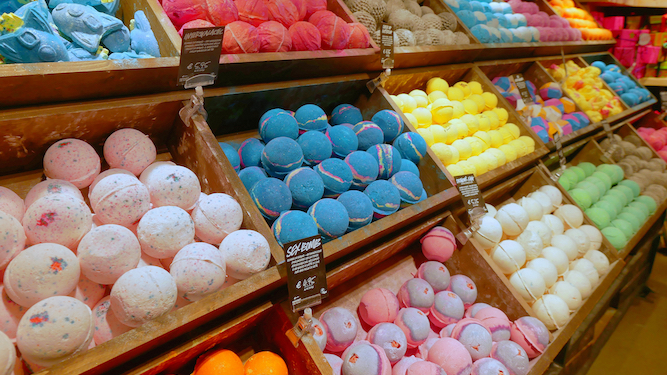 ASTRONAUTS on the International Space Station have confirmed that the odour of a Lush shop can be detected 250 miles above the Earth’s surface.

Lush, famous for their handmade soap and fragranced bath bombs, have celebrated the news as a triumph for themselves and their inescapable cloying aroma.

A Lush spokesman said: “We were bored of merely stinking out Britain’s high streets. Every brand likes to grow and set big goals.

“The smell was first detected by Russian cosmonaut Alexander Skvortsov two weeks ago, who angrily accused the Americans of bringing flowers on board, then the Americans caught a whiff and investigations began.

“Eventually they realised the fragrance recurred every time their orbit took them over the three-floor Lush shop in Liverpool. It’s official. We have successfuly conquered space.

“It’s our hope that, if alien life ever discovers our solar system, they will see the mysterious, multi-coloured, lavender-scented swirling sphere of our planet and assume it is just an enormous bath bomb.”