CLAIMS that Ninjas are extinct shows just how deadly they have become, it has been confirmed.

As Japanese newspapers reported that only a handful of Ninjas remain, experts said the legendary assassins had clearly perfected their invisibility skills.

Roy Hobbs, editor of Ninjas and Ninjing, said: “This is the natural and terrifying evolution of the Ninja. To move with such breathless stealth that it seems they no longer exist.

“In fact there are millions of Ninjas. Waiting in the dark. To cut your head off.” 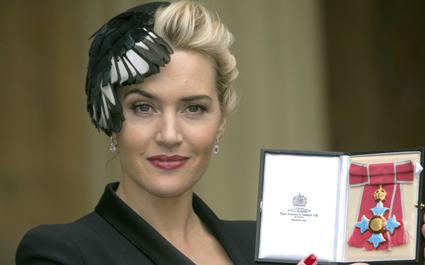 Kate Winslet has been honoured by the Queen for her services to sartorial bewilderment.

The actress has been photographed dressed as a ferret, an elderly soviet farmer from the 40s and wearing an all-in-one suit made entirely from lead tiles.

Kate Winslet said: I never expected to receive this honour. But people have stopped asking me about my womanly curves now I turn up to stuff in scuba gear.

“The headlines used to say is she pregnant?. Now they say is she insane? which I prefer.”