THE number of people killed as a result of Indian terrorism who are not Indians rose dramatically last night.

Political leaders around the world expressed their horror at the international nature of the latest attacks and vowed to help India track down those responsible for killing non-Indians.

The violence brings the number of actual Indians blown to bits in the last three years to more than 700, but experts stressed this had caused only a small dent in the country's one billion population.

Dr Tom Logan, of the International Association of Analysts, said: "The shock at the number of non-Indians killed once again highlights the point that countries really are just a lot of bollocks.

"When you look at a satellite photo of the Earth it's not as if you can see big red lines all over the place and the word 'India' in huge, 500 mile-high letters."

Dr Logan added: "Let me put it this way – you know how in Star Trek there's no countries, it's all just planets?

"So it's not like the Spanish Klingons are at war with the French Vulcans. It's just Klingons and Vulcans and Romulans and Earthlings.

"Granted the Klingons are at war with everyone else, but it's a start." 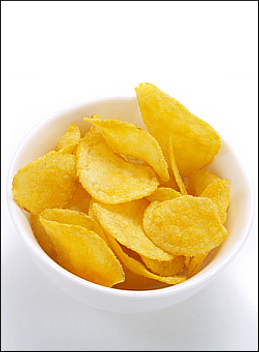 ADMINISTRATORS were called into cheese and onion crisps last night as the classic flavour became the latest high profile victim of the recession.

The demise of cheese and onion came at the end of a black day for the British economy which also saw the collapse of conkers, pick'n'mix and a nice pot of tea.

City analysts say cheese and onion was unable to compete in a market filled with radical new flavours including Double Gloucester and red onion, Stilton and shallot, and vintage cheddar and onion chutney.

Bill McKay, head of crisps at Madeley-Finnegan, said: "The thing I'll miss most about cheese and onion is how it masked the stench of stale urine that pervades every inch of this Godforsaken shithole of a country.

"But unfortunately it had begun to look very old fashioned alongside modern British brands such as celebrity cock fights, alco-puke, casual racism and sex with strangers in the back of a Vauxhall Vectra."

He added: "For brands to survive these days they have to adapt. Conkers involved two humans in the same place with no electronic devices.

"And who wants a nice pot of tea when you can pay £1.75 for two square feet of boiling foam?"

Administrators are hopeful that parts of the flavour can be salvaged and have already spoken to Waitrose about incorporating it into a new batch of Hand Smoked Gorgonzola and Vietnamese Chive.