PRESIDENT Obama has admitted to being ‘stymied by a bunch of gap-toothed, gun-loving shit-for-brains’.

In a BBC interview, Obama said America does not have ‘common sense’ gun laws because most of the people who live there are ‘unbelievably stupid’.

Asked if he was frustrated by America’s powerful gun lobby, he replied: “That’s one way of putting it. Another way would be that I hate every last one of those motherfuckers.

“Have you any idea what it’s like having to listen to these shitheads? Their big, sweaty faces and their beady little eyes. And I bet you they all fucking stink.

“And of course they all want to kill me because I’m an ‘uppity negro’. Sometimes I wish I was the terrifying black guy in Mississippi Burning who threatens to cut the fat racist’s balls off.”

Reflecting on his time in office, he added: “Having to govern this collection of fat, stupid monsters has brought me nothing but misery. I can’t wait for it to be over.” 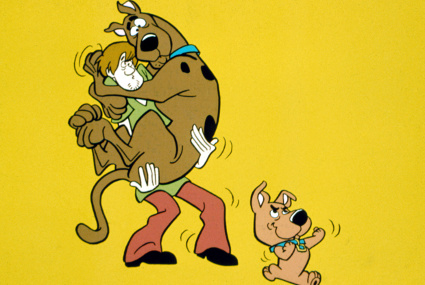 JEREMY Corbyn was instrumental in the creation of Scrappy-Doo, it has been claimed.

Labour leadership rivals claim to have footage of Corbyn in the Hannah-Barbera studio personally voicing the character’s “Lemme at ‘em,” catchphrase and insisting that children would love it.

A spokesman for Andy Burnham said: “The footage shows Corbyn sketching the character and demanding a 15 per cent gross royalty on all ‘Puppy Power’ merchandise.

“Scrappy-Doo is apparently closely based on himself and how he would run the party, with senior Labour politicians standing around being useless, like a bunch of Freds.”

An angry Corbyn said the allegations were a distraction from the issues and insisted Scrappy-Doo was ahead of its time.